This is one of my all-time favorite recipes for protein pancakes – they’re gluten-free, sweetener-free, and packed full of nutritious ingredients + a good ol’ fashioned punch of protein ka-POW! That’s why I’m bringing it back from the archives today, to make sure that you absolutely don’t miss it. Remember to print it out too. There’s a print button on the upper right hand side of every post for you to press and create your own collection of Pow recipe favorites! 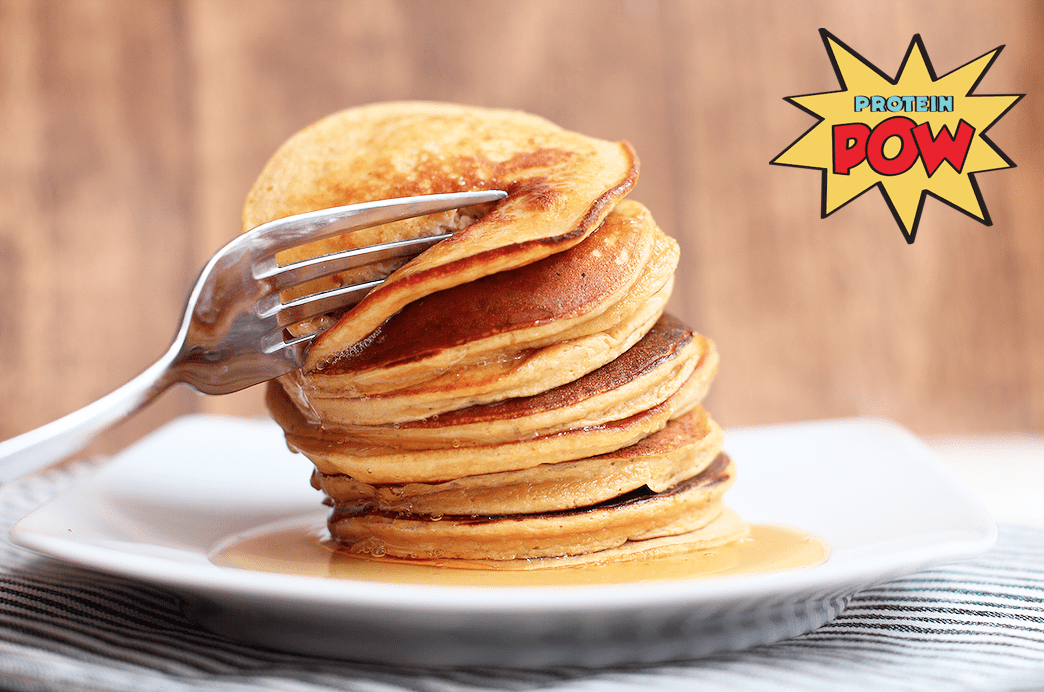 Allow me to introduce this recipe by way of a story:

Once upon a time, in a land far far away, there lived a young man with no imagination. His name was Ned.

Ned did not daydream and he made no predictions, no assumptions, and no suppositions.  If you gave him a piece of paper and asked him what one could do with it, he’d say to you calmly: “write on it.”

No paper boats for Ned; no origami.

While he had friends and people liked him, no one asked Ned his opinion on who would he thought would win an election, a game, or a fight. “I don’t know,” he would say flatly. Because he didn’t – he did not like to speculate. Ned was not a betting man.

And he was the same way with food. To Ned, a potato was a potato: there to be baked, fried, or boiled. Milk? That’s for coffee, tea, or cereal. There was no experimental cooking with Ned; no outside-the-box-type thinking. Every day, he ate the same thing: boiled eggs for breakfast, chicken and broccoli for lunch, meat or tuna with potatoes for dinner. That was Ned for you; he was a simple man. 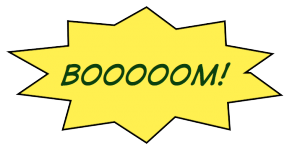 One particularly rainy evening, after Ned got home from work, he walked into his kitchen. He was hungry so he grabbed three sweet potatoes and he placed them on a baking tray. He then walked over to his cupboard, took out a can of tuna, opened it, and waited for the potatoes to be ready (he was going to add the tuna to the sweet potatoes and eat that with some olive oil – the same as he had done for years). 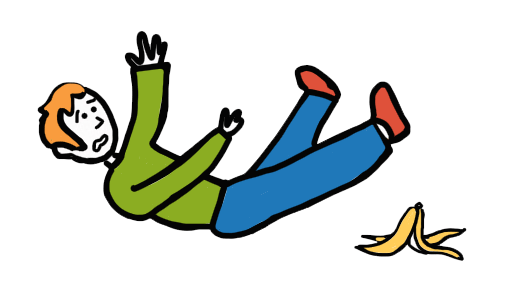 All of a sudden…. BOOM! The lights went out. Ned’s house was pitch black.

“Whoa!” he exclaimed, surprised at the suddenness of the blackout and the fact that it was accompanied by the loudest of lighting strikes. Ned wasn’t scared though, remember, he did not speculate – he did not care to guess how close the lightening could have been, what would have happened if it’d hit his house, or where it could possibly have landed. No, Ned wasn’t scared. He was just taken aback by the loudness of the BOOOOM.

Calm and collected, Ned walked over to the fuse box, ready to turn the switch so the lights would go back on. But because the lights were off, Ned wasn’t able to spot the banana peel that lay between the fuse box and the door. So Ned fell. Ned fell hard. 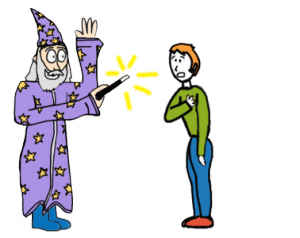 A few minutes later, a slightly dizzy Ned opened his eyes. His lights were on and he felt fine but… WHAT WAS THAT BEFORE HIM IF NOT A WIZARD!?

“Hello, Neddy! I’m the Wizard of Pow. We have not met before. I’m here to open your mind and bestow you with the gift of culinary imagination.”

He took out his wand and, just like that, he said two magic words: “ka… POW!” and Ned was covered in stardust, at the same time as the wizard disappeared. 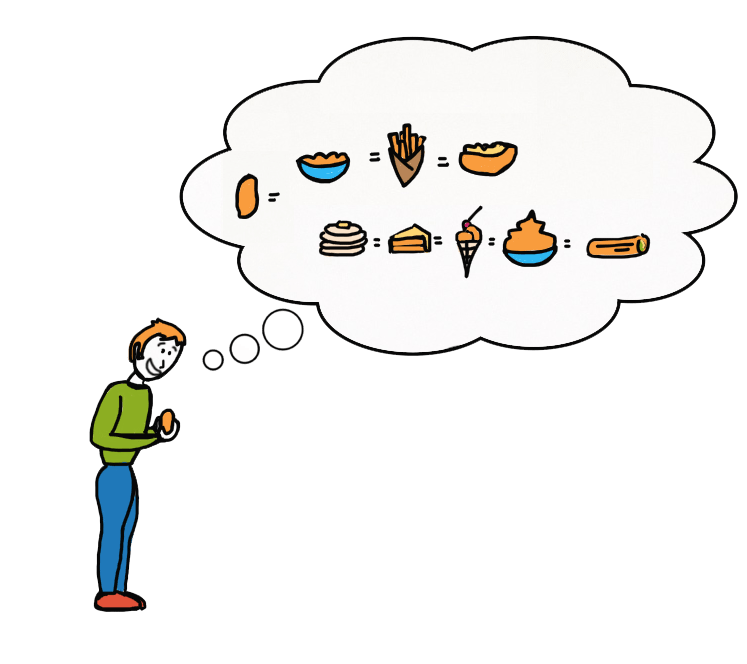 Ned got up confused and walked back to the kitchen.  He did not know what had happened but he did not venture to guess. All he knew was that he felt phenomenally well; as if he’d never fallen! His sweet potatoes too were ready: perfectly soft and smelling beyuuuuutifully. 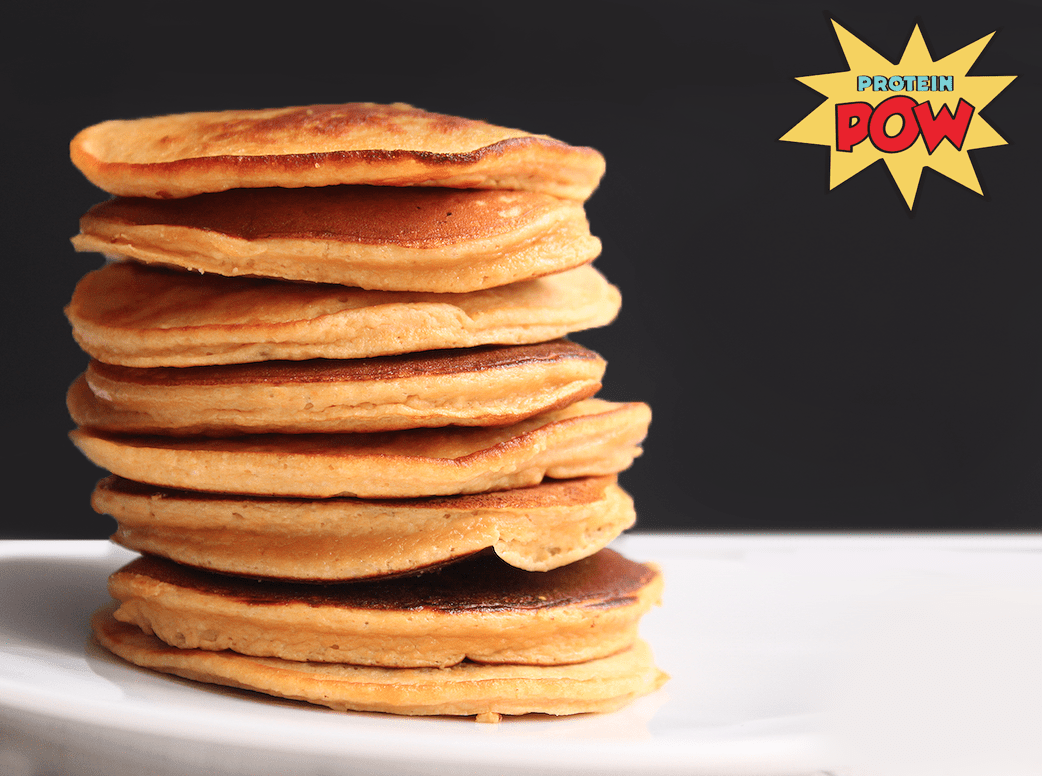 These pancakes are delicious and, in my most humble of opinions, perfect. They’re perfect in terms of flavor, consistency, and post-workout macros! And nutritionally-speaking too, they’re fantastic, brimming as they are with vitamins, minerals, and fiber. They’re also REALLY easy to make! Check this out: 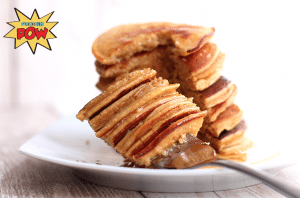 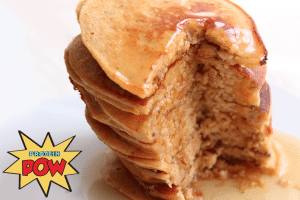 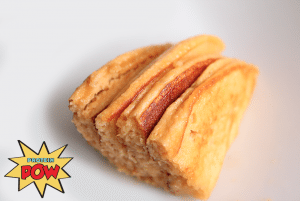 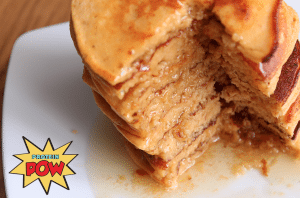 1. Blend all ingredients together.

2. Fry up some coconut oil or low-cal spray on a nonstick pan. Turn the heat to HOT (sizzling hot).

3. Spoon the batter onto your pan and turn your heat to medium. Remember to mobilize some PATIENCE as you wait to flip them because if you flip them too soon, they’re break and you’ll end up with a mush. Let them cook and don’t flip them until bubbles start appearing on the top, OK? And make them small, like I did, to ensure they’re easy to flip. 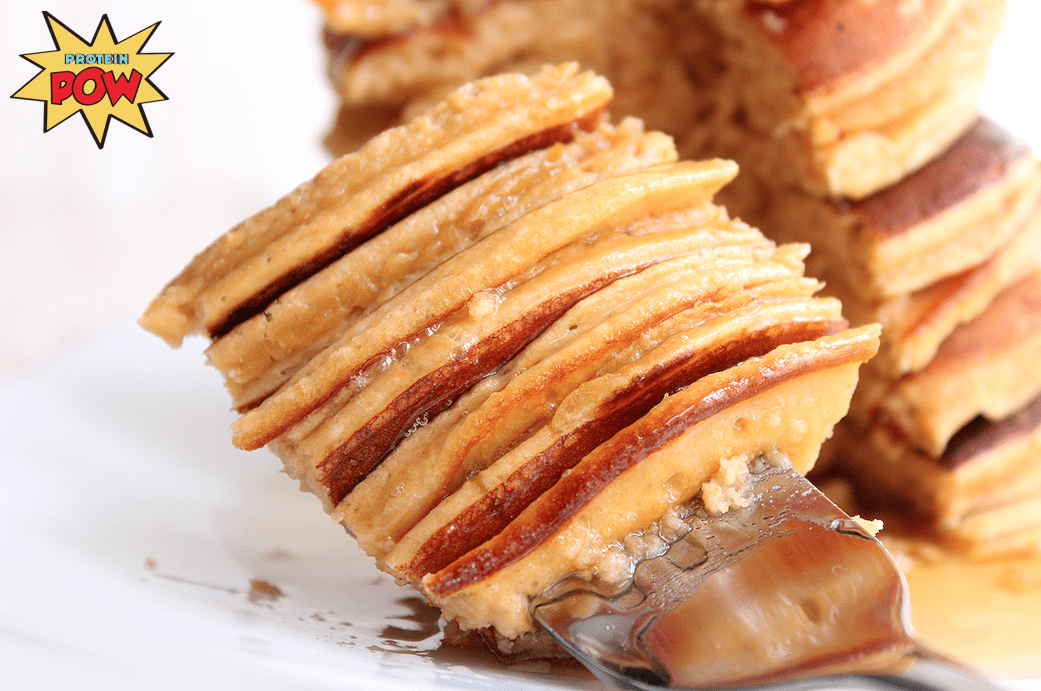 ← Diet Whey Vs Whey Protein
Two Ways To Shake Up Your Workout! →