It was 4:03am. I couldn’t believe it; I’d been laying in bed, tossing and turning, since 9:00pm! I must have counted a thousand of sheep, made the sheep jump over a thousand fences, got up a dozen times, walked around, tried to unsuccessfully self-hypnotized myself, and lay back down even more awake that I’d been before I got up. All I could think about was that movie ‘Insomnia’ and about how, if you stay up for days and days, you can actually die. I then counted the hours until daylight, and then the minutes, until I gave up – at 4:03am. I got up and walked into the kitchen, determined that if Morpheus wasn’t going to play with me, I didn’t want to play with him either. I turned on my coffee machine and… that’s when I heard it: a knock on the door.

At first I thought it was my imagination playing bad jokes on me. Because who would be at the door this late in the night – or early in the morning rather? So I ignored the first knock and then I ignored the second. But when the third came accompanied by a ‘HEY!’, I decided I had to go check. I was scared, I’m not going to lie to you. I was terrified. I wasn’t expecting company and in my mind all I could think of were worst case scenarios…

I stood really close to the door to see if I could figure out who it was on the other side of it. I didn’t have a keyhole so I put my ear against the door. Nothing. I couldn’t hear a sound – besides the loud thump thump thump of my own heartbeat.

‘Who is it?’ I asked. My voice slightly trembled. I tried again. ‘WHO IS IT?’ This time I said it loudly, trying my best to sound confident and unafraid. But what I heard next immobilised me; it rendered me speechless. Cold sweat ran down my face. I must have known; I should have guessed it: It was a donut.

I wanted to introduce this recipe with the story that inspired it. Actually, it wasn’t a story. It was a dream, or should I say nightmare? In the dream I opened that door and found myself face to face with a giant protein donut. It was friendly but intimidating in appearance, round as it was, with sprinkles all over it. I woke up right after I saw it and I felt a sense of regret when I did. OK, maybe not regret but, you know… when you wake up from a dream you wish you could have stayed in a little longer? That’s how I felt. I wish I’d stayed in the dream at least long enough to engage the donut in a fight so I could bite it. I wish I’d seen what it was made of inside. But alas, I did not. I just woke up. I woke up and I decided that the time had come to make some donuts. Heck, if I couldn’t eat the donut in my dream, at least I was going to make one! And so it was that this recipe was born: 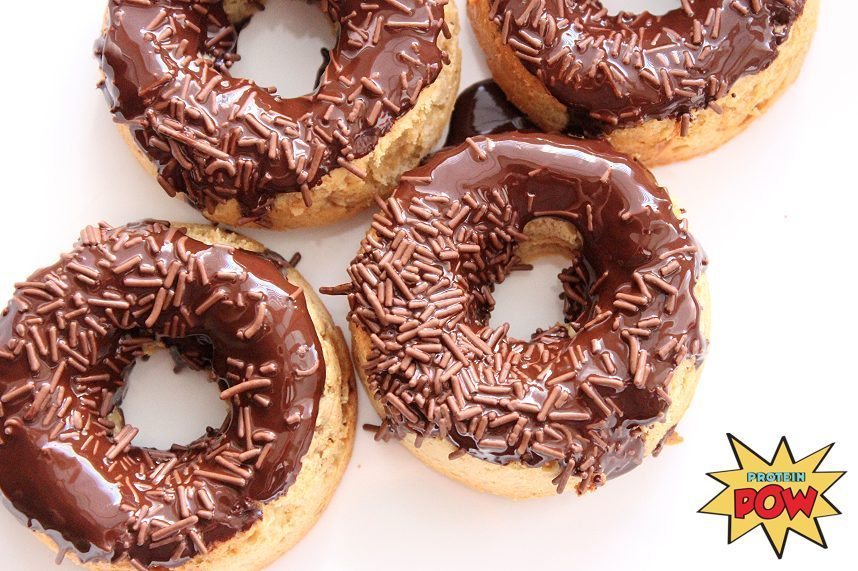 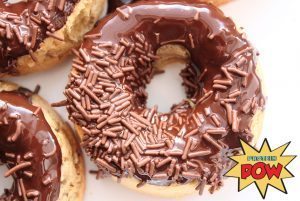 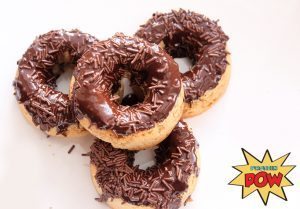 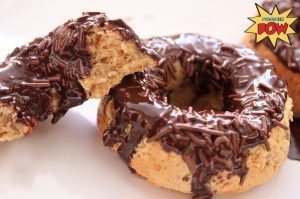 Blend all the above ingredients until you get a sticky dough.

Stick this dough inside a donut pan, ideally a silicone one.

Let the donuts cool completely before removing them from the donut pan.

For the chocolate, melt 2 squares of dark chocolate with 1 tsp of coconut oil. Pour this then on top of the donuts and add some chocolate sprinkles on top! You could also sprinkle them with slivered almonds. 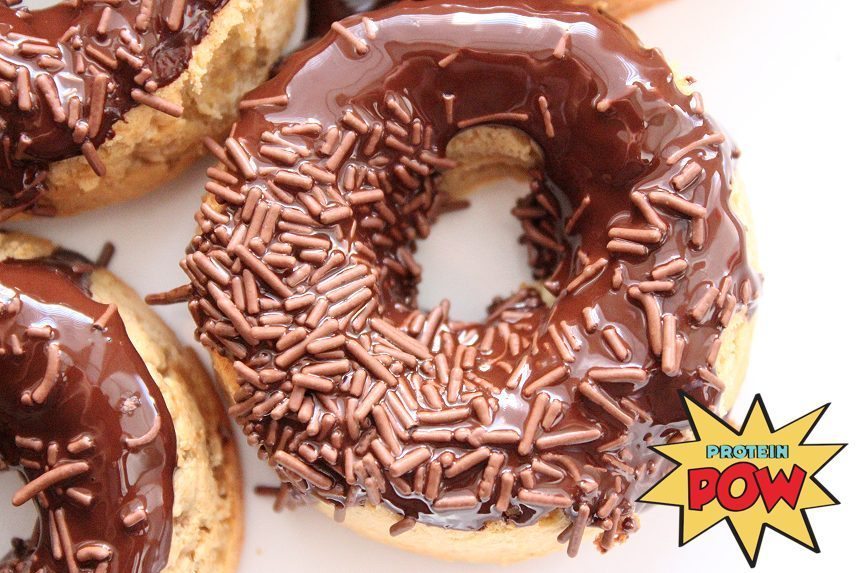 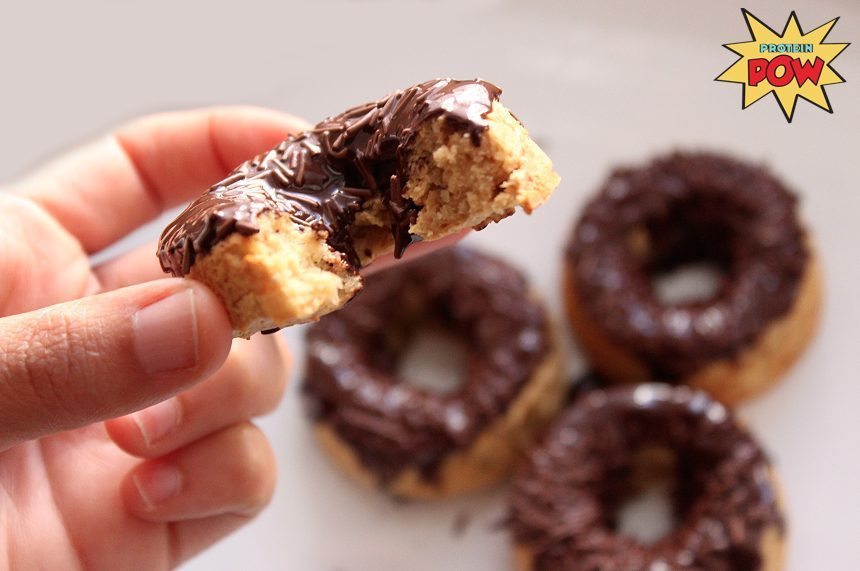