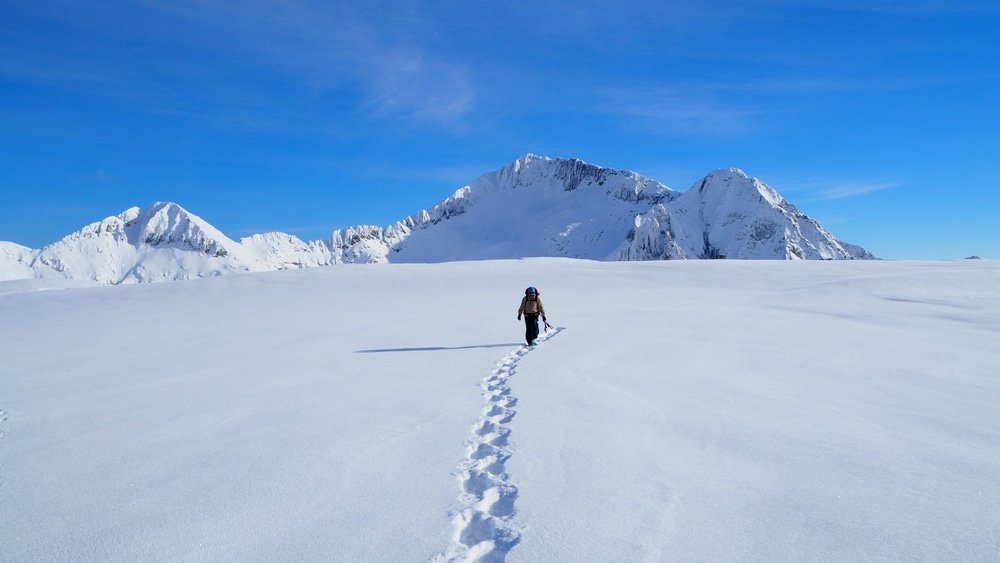 By ptithompson29th December 2016 No Comments

In conjunction with our #MakeEpicChoices campaign, we’re sharing a collection of inspirational stories ranging from extreme challenges, to personal fitness journeys in order to help give you that extra bit of motivation needed for you to become your most epic self yet.

PT and epic adventurer James McCorkindale has never let his rejections, and family tragedy get in the way of his ambitions. In 2017 James is making his most epic life choice to date, by setting himself the ultimate challenge of human endurance. James is taking on the challenge of skiing across the Arctic Ocean in support of his chosen charity Spinal Research, in which he’s set a target to raise £6,000. James has chosen to do the charity in support of Spinal Research after his brother Jonathan was tragically involved in a serious road traffic collision. At the age of 22 James’ brother was told he would never be able to walk again.

No matter what life throws at you, James is a great believer in the power of being amongst the outdoors, and saw edurance challenges as his way of overcoming obstacles thrown his way. Although a keen explorer, and year round mountain climber ‘Mac’ has been rejected by the Armed Forces four times, and was even turned away from Channel 4’s ‘SAS Who Dares Wins’ series 2 for having asthma as a child. He wasn’t going to stop such hurdles from slowing down his passion for adventure and regularly takes on the notorious ‘Fan Dance’ held in the Brecon Beacons by The SF Exerience.

If you ever met this epic gent his humbleness and ‘stop-at-nothing’ attitude would be sure to have an effect on you! James certainly dares and wins, on Father’s Day 19th June 2016, he climbed Snowdon 3 times in a target time of 12 hours for his chosen charity Multiple Sclerosis Society in memory of his Father who had the disease from the age of 30 – 51. James’ father sadly lost his battle with the disease when James was just aged 18.

The challenge was a 27 mile mountain marathon to summit Snowdon 3 times up and down, using 4 of the 6 main routes without stopping, whilst wearing a backpack of essentials weighing 20kg 44lbs which included food, water, extra warm kit and first aid. James smashed his target and raised £5,120.00

Powered on by his past Mac has developed an inspiring, and unstoppable determination to test his mind and body in aid of the charities that have helped his family members. For his next challenge he’s willing to put it all on the line, by braving the harshest elements, put his body to the ultimate endurance test, conquer his fear of walking over hidden crevasses, and venture into wild polar bear territory.

The expedition entails covering a distance of 20 miles a day on cross country touring skis, pulling over 170 lbs on his pulk, over thinning hazardous melting ice through the wilderness to beyond 80 degrees north. Being alert and aware of the surroundings is imperitive as the ice of the Arctic Ocean is in continual movement, drifting as much as 10 miles a day, fracturing, pressuring, falling in can cause hypothermia, and frost bite.

This location start is on the 78th degree latitude line (78 degrees North) which is the most northerly regular inhabited place on Earth. In May the ice is at its thinnest yet temperatures are still below 20, and under the full midnight sun.

This challenge encompasses surviving and navigating in arctic elements, tests both physical and mental endurance with its unforgiving nature. James survival training will be put to the test, his ability to adapt, but most of all it tests the will to survive.

If you wish to support James in his epic Artic Ocean mission please donate here; https://www.justgiving.com/fundraising/James-McCorkindalesArcticChallenge