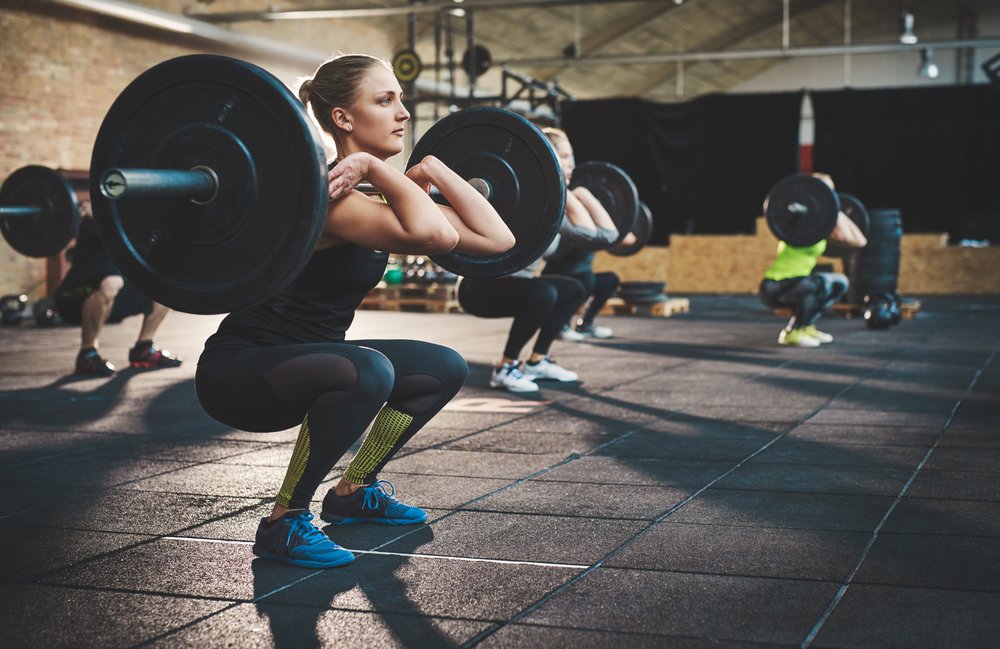 Ladies Who Lift: Why Weights Won’t Make You Massive

Many women – and it is mostly women – who are looking to improve their body composition are reluctant to lift weights, due only to the fear that it will make them bulky or otherwise “manly,” whatever that means. Unless you’ve been injecting male hormones and eating in a massive excess, you really don’t have to worry about broadened shoulders and bulging biceps. Instead, you can look forward to a tighter, toned tummy and rounder buttocks. I am here to offer a few facts to clear up the confusion and alleviate the fear, in order that, if you wish to lift weights to get lean, “toned,” and slender, you can do so without any worry.

Women naturally produce, on average, only have around 10% of the t-levels that men do. In young people, this is the most anabolic hormone in the body; it is almost entirely responsible for the relative size and strength difference between the genders. Building muscle to the same extent as a man, therefore, is beyond the realms of reasonable expectation for a woman. I think that this is unfortunate for aspiring female bodybuilders, but it probably comes as a relief to women who wish to remain petite and just improve body composition.

Furthermore, women and men have naturally distinct muscle distributions in their bodies; so even if the androgen profile were in women’s favour, weight-lifting ladies would still not achieve the upper body musculature of their male counterparts. Women have, in layman’s terms, less capacity for building up their shoulders, arms, lats and pectorals (that spread which tends to be considered male territory) than men. And their legs, whilst more prone to muscle-building than the top-half, are still less able to add size than their male counterparts. Good news for some.

The media, owing to its incapacity to see beyond extremes, only ever refers to women who lift weights when the accompanying pictures depict female bodybuilders in leagues that do not require drugs testing. They don’t show Jessica Ennis(-Hill) next to the article about strength training for women. The huge, ripped she-hulks that we are shown are not everyday weight-lifting women, but rather anabolics-assisted competitors who are taking exogenous hormones. Narrower waists, not tree-trunk quads, are the usual result of weight-lifting, where most women are concerned.

If it were so easy to gain vast and unsightly amounts of muscle – if we could just do a few bicep curls and lateral raises a week to get jacked – then more of the gym-going men that we know would look like Arnold Schwarzenegger, rather than the Milky Bar Kid.

As it happens, however, building muscle is incredibly difficult and it takes years of really hard, really consistent training and hypercaloric eating. If you see someone with big muscles, they will have spent years of dedicated effort (with the specific aim of muscle growth) on their bodies. The only people who gain large amounts of muscle in a short time are those who are drugs-assisted, or genetic freaks. I envy them all.

Don’t think that putting some metabolically-demanding, hormone-favouring squats, deadlifts and hip-thrusters is going to suddenly turn you into a monster.

Your Body is in Your Control

If you were indeed a rare genetic freak of a woman (with sky-high androgen levels and, say, a myostatin deficiency), and so started to develop unwanted levels of muscle from your resistance training, you’d just stop doing the offending exercise, wouldn’t you?

Anabolism doesn’t metastasise; it isn’t an all-consuming force that, once initiated, will not stop until no doorframe is equipped for your gargantuan stature. There is always the opportunity to change to another form of exercise if, for whatever reason, weightlifting doesn’t suit you. And losing unwanted muscle, well, that’s the easy part.

The risk versus reward ratio here is a no-brainer!

So Go Forth and Lift… if you want to!

With all of this said, I hope that some of the misinformation surrounding lifting weights and culturally constructed femininity has been skewered. If you choose another form of exercise, then good for you, because everything “works” in one way or another, and enjoyment fuels progress.

However, if you have eschewed weightlifting in the past due to the ungrounded fears resolved above, then you’ve been doing yourself a disservice, and I hope you will consider the iron. Lifting weights improves muscle “tone” (density and definition), encourages fat-loss (at no detriment to curves), and gets you to most body-compositional goals faster and more assuredly than traditional cardiovascular exercise tends to.