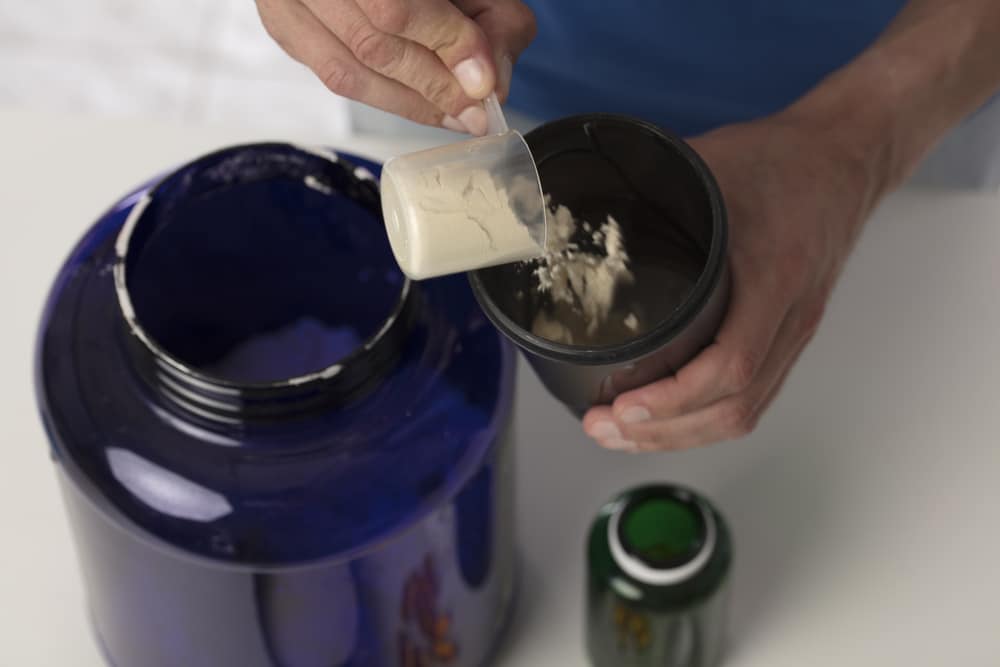 Another year has almost been and gone – and now once again we’re on the verge of the festive onslaught! While you can sweat out a cheat day (and they can even be beneficial) – a whole Christmas holiday is a very different proposition. It’s said that on average, anything up to 4kg is put on during the holiday period. So it’s safe to say the holiday season can wreak havoc with your hard-earned physique – if you allow it to!

The problem with gorging on those monster portions over the holiday period is that it puts you and your training on the back foot going into the new year. Removing those extra kilos and any accumulated fat post-holiday season takes time that eats into your training and pushes your goals further into the distance.

If you do have the iron-like will-power to avoid the festive binge, we salute your discipline. Most of you, however, would probably like to have a serving or two of Christmas pudding. So to make sure you don’t have to resort to smuggling a Tupperware box full of chicken and veg into your Christmas parties this year, we’ve compiled a list of Christmas supplement cupboard essentials to help you fight off the festive excess. We’ve deliberately kept the list as short as possible to keep things light on the wallet for you at this time of year. And remember guys, it’s not all bad news, as your Christmas turkey is a great source of the super-amino Leucine. Result!

Vitamin D3 is considered by sports scientists to be essential for boosting the immune system, enhancing recovery and ultimately helping the entire body cope with physical stress – for example as the Christmas booze takes its toll. While Vitamin D3 is often a permanent feature in many supplement cupboards, it’s particularly important during winter training since it’s during this period when the body can become deficient in it due to lack of sunlight.

Green Tea has been shown to possess health promoting and powerful antioxidant qualities. For example, the EGCG content in Green Tea is thought to be over 200 times more powerful than vitamin E in terms of antioxidant protection. Green Tea has also been shown to help increase calorie and fat utilisation, enhancing the amount of fat you can burn during exercise. It can also help how effectively the body can process carbohydrates – crucial during that Christmas pudding carve-up. And for anyone having a few drinks this Christmas, Green Tea has also been shown to be effective for cleansing the liver of certain toxins.

L Tyrosine is an amino acid that can help play a key role in controlling neurotransmitters. These transmitters govern mental alertness, combat stress and help maintain focus. L Tyrosine can combat the mental fatigue associated with the festive excess. Without this, the stress on the body can cause a spike in cortisol levels, making the body more predisposed to shuttle fat in for storage. L Tyrosine is also the precursor to Dopamine which is shown to further combat fatigue.

As the festive excess begins to take its toll, fight back with immune-boosting ZMA. This mineral blend of Zinc, Magnesium and Vitamin B6 – packed together to pack a powerful punch – has been shown to strengthen the immune system, enhance protein synthesis and improve liver function. Importantly, as the party is winding down, ZMA has been found to promote deep and restful sleep – meaning you don’t have to miss morning training.

Vitamin C has been shown to enhance immune function and exhibit powerful antioxidant potential. This can be essential during the festive season when your immune system can be negatively affected. Crucially, Vitamin C has also been shown to reduce cortisol levels. Cortisol is a stress hormone that becomes elevated during periods of stress – such as during the festive excess. Elevated cortisol levels make the body more predisposed to slowed recovery and fat storage, so keep a pouch of Vitamin C handy and combat the excess.