Creatine monohydrate is one of the most well-researched and popular sports supplements in the world, but it is almost always marketed towards men. Is there a reason for this? Or have women been underserved? Can women take creatine, and is it worth it?

Creatine monohydrate is a chemical that can be found in meat, it is also produced in your liver and kidneys and stored in your muscle mass. Its role is to help generate energy, allowing you to move, exercise, and perform pretty much any action. Creatine can also help your brain function better.

While our bodies do produce creatine naturally, they don’t produce as much creatine as we would ideally want. Nor can you get as much from meat as some people believe (though non-meat eaters do have significantly lower creatine levels).

Because of this, creatine monohydrate is often supplemented, which means that your body can store more of it, and you therefore have more available to use during a workout. 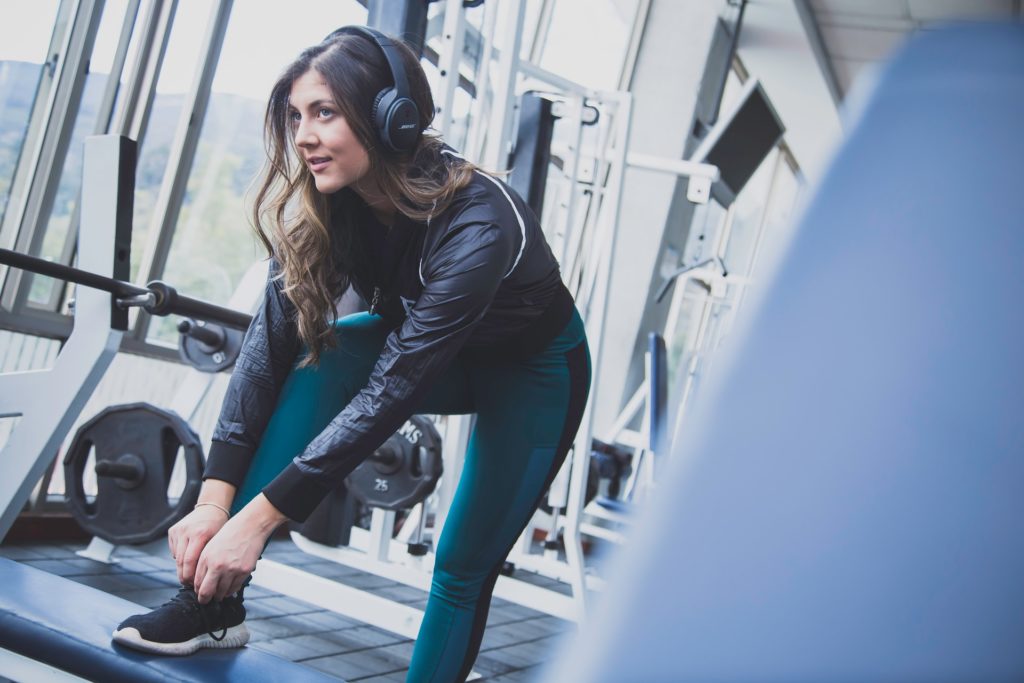 There are of course reasons why men and women don’t always require the same supplements. But that is not the case with creatine.

Women can get many benefits from creatine, both physical benefits such as better workouts, and mental benefits. Any side effects associated with creatine supplementation would affect both men and women equally.

What are the Benefits of Creatine?

Creatine is popular among athletes due to its stellar reputation for increasing strength and power. When combined with resistance training (weights and machines) it can help you to increase lean muscle mass.

It can also speed up recovery time between sessions and has been shown to improve both aerobic and anaerobic performance. In short, if you exercise in any way, creatine can help you to perform better and see greater results.

Creatines affect on brain power is less well researched, but there appears to be evidence that creatine can help you think more clearly, particularly when stressed or tired (studying for an exam?). 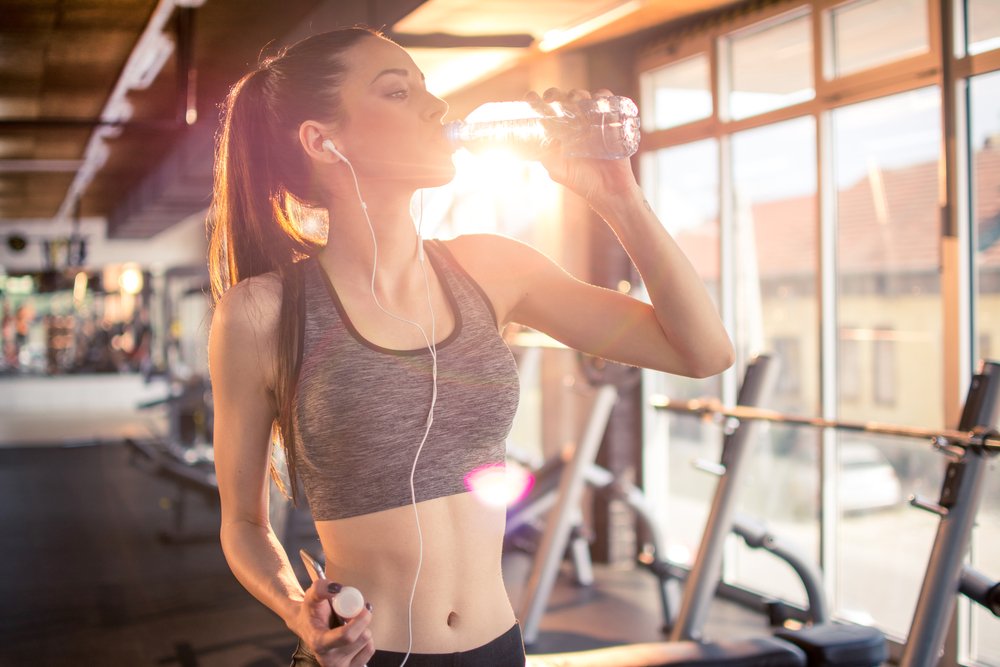 How Much Creatine Should a Woman Take a Day?

Creatine monohydrate works best when correctly dosed. It is rare for supplements to be dosed according to gender. In this case, it is based on body weight. So a 50kg man and a 50kg woman would take the same amount.

There are two ways to take creatine. You can either take a dosage that is 0.03g per kg of body weight indefinitely. For example, if you weigh 70kg you would take 2.1g per day for as long as you want.

The other option is called loading. This is where you take 10x your normal amount (0.3g per kg instead of 0.03g) for 5-7 days then drop down to the regular dosage of 0.03g per kg for 5-6 weeks. After that you have 2-4 week period without taking creatine before starting the loading cycle again.

For a 70kg person this would involve taking 21g per day for 5-7 days, then dropping down to 2.1g. If you have a lot of muscle, then taking higher doses is acceptable. Many people can manage around 5g per day without experiencing many side effects.

The reason why people take large doses for the first 7 days is to increase the amount of creatine monohydrate stored in the muscles. Sort of like topping up your bank account with £5,000 and then returning to your usual spending levels, secure in the knowledge that you aren’t likely to run out any time soon.

Studies have shown that there are very little long-term differences whether you take large doses at first or avoid it completely. Short term though you should see results quicker, but you are also more likely to suffer from side effects.

There is some evidence that creatine can increase testosterone levels, but this has only occurred in men. There has been no reported interaction with oestrogen.

The only sex-specific benefits appear to be positive ones, with studies indicating that creatine may be able to help women who suffer from depression. Though please talk to your doctor before taking creatine if you are taking medication for depression just in case there is an interaction.

Interestingly, creatine is not only safe during pregnancy, but it may also be beneficial! Rodent studies have shown that creatine supplementation can improve foetal health. Again, always talk to your doctor before taking supplements during pregnancy. 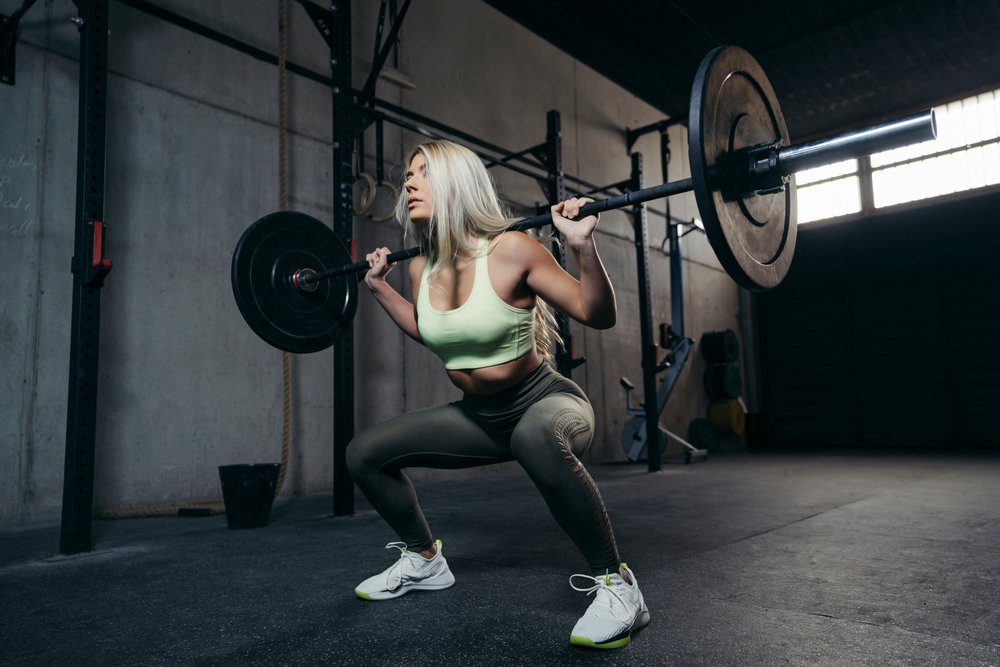 These can be avoided by drinking slightly more water than usual to stay hydrated. Creatine loading can lead to dehydration as it draws water out of your cells and transfers them to your muscles. Drinking more water will prevent this.

Women can and in most cases should supplement with creatine monohydrate. It provides numerous health benefits, both physical and mental. Vegans and vegetarians are particularly suitable for creatine supplementation (it comes from non-animal sources) as their stored creatine levels are significantly lower than omnivores.

Drink lots of water when supplementing, use the correct dosage for your body weight, and talk to your doctor if you are on any medication or have kidney or liver issues (creatine is perfectly safe if you do not). Then prepare to see some amazing results!