Home » Supplements » When Is The Best Time To Take Beta-alanine?

When Should I take It?
Do I need to cycle it?
When is it effective?

When Is The Best Time To Take Beta-alanine?

Studies show that taking 3 – 6g of beta-alanine anytime in the day can significantly boost muscle carnosine levels – leading to a potential increase in performance. The timing of which is not too important although the side-effect of paresthesia (tingling feeling) can be anchored as a queue pre-workout 15-20 mins before a workout.

Supplementing with beta-alanine allows for an increase in the amount of carnosine in your muscles.

Carnosine needs to be created from beta-alanine by your body and supplementing beta-alanine prevents a bottleneck in this production. No bottleneck means that your body is able to produce carnosine as and when it is required. To fuel this production of carnosine, you need to be supplementing beta-alanine at regular intervals throughout the day. Spreading your intake like this means your levels of carnosine remain high, producing the desired effects in your training sessions. If you take one of your doses of beta-alanine before your gym session, you get to take advantage of the shorter term effects of beta-alanine too. These include increased mental focus and nervous system response. Beta-alanine is also responsible for providing a stronger ‘pump’ in some users. It is recommended to not take any before going to sleep, as the stimulant properties may keep you awake.

Do I need to cycle Beta-Alanine?

The short answer is no. Beta-alanine is an amino acid that is not produced by the body. The only way to get beta-alanine into your body is through eating the correct foods or via supplementation. As a result, your body shows no known adverse effects to long term supplementation of beta-alanine. The effect of beta-alanine on carnosine peaks at about 12 weeks according to current research. Continued use of the beta-alanine maintains this raised level of carnosine without raising it further. After an extended period of use you may find that your sensitivity to beta-alanine’s effect on your nervous system is reduced. This is a possible reason to cycle beta-alanine, but is not linked with any health risks.

How long will Beta-alanine take to be effective?

As soon as you start supplementing beta-alanine your carnosine levels will begin to rise. Significant power and strength increases can be seen within 4 weeks. Resistance to fatigue also increases as your overall carnosine levels rise. As mentioned above, studies show that beta-alanine allows carnosine levels to reach a peak after 12 weeks, which is then maintained as long as supplementation continues. The immediate effects of beta-alanine, like the increased pump and focus, are shorted lived. Taking beta-alanine 30-45 minutes before exercising allows the supplement to enter your system and have an effect. This should continue for between an hour and a half and 2 hours after taking the supplement, depending on activity levels. 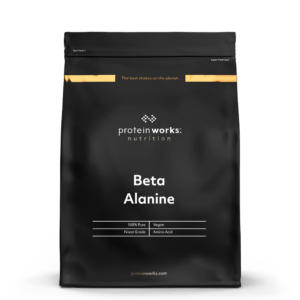