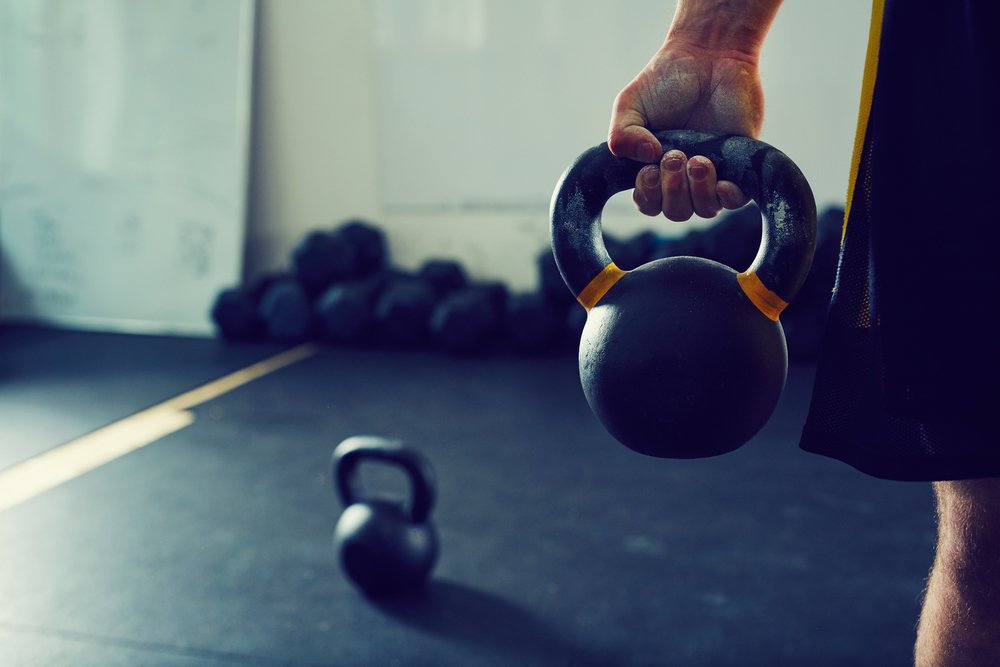 PART 1: Shoulders, Chest, Biceps. Bodybuilding is, as most sports are at the most involved level, utterly loaded with dogmatism. We are forever told that A, B, or C are the “best” way to build muscle, even when they are mutually exclusive approaches – and even when such claims rest on the assumption that there is such a thing as “best”. Intrinsic individual differences such as genetics – and then variations in training history and even in goals – can mean that a hundred different approaches are “best” for a hundred different people.

It can certainly be said that particular exercises are better than other exercises for the purpose of muscle-building, but the criteria must be individual. Does this movement suit me, biomechanically? Does it place focus on my weaknesses on the strength curve of this muscle action? Despite this, we are frequently told that the squat is the best for legs, the bench press the best for chest, etc. Today I’m going to rattle through my favourite “alternative” and, in my view, “underrated” exercises that are worth considering if your body is anything like mine – one muscle group at a time.

The upright row is a horrible, horrible exercise for me. The extreme internal rotation combined with the point of loading during humerus abduction leads, too often for my liking, subacromial impingement in even quite healthy shoulders. However, I like to load my muscles as fully as possible, and whilst overhead pressing is fundamental, it never stimulates the medial portion of the deltoids enough, whilst lateral raises are only challenging because of the law of moments (or the distance of the dumbbell from the fulcrum, the shoulder).

Upright rows, then, might seem like a good idea for those wanting to overload with maximal loads, but the aforementioned risk:reward ratio being far too former-heavy means that I’ll need to work around its weaknesses. Use of a dumbbell allows for rotation at the wrist, whilst training unilaterally allows for compensatory movement of the upper body at the point of impingement. I love using this exercise for my deltoids, and I can perform it pain-free!

Everyone knocks the press-up as a chest exercise, because it is a calisthenic exercise and so doesn’t allow for ease of intensity progression. However, it is not intended as a maximally loaded strength exercise; it is essentially a stability exercise, and at times a mass-builder. Let me explain.

Biomechanically, there are few better positions in which to recruit (and sustain) tension on the pectorals in the mid-portion of the strength curve than the press-up. Given the vertically much longer locus of resistance offered by your whole upper body when compared with a barbell or dumbbells, and the additional stimulation of the serratus anterior, the press-up is also an awesome stability exercise for chest. Don’t leave it out of your programme if you want a fully developed chest.

Ever since looking in depth at a study on EMG-determined muscle activation from Boeckh-Behrens & Buskies (2000), I have been convinced that this is an awesome exercise. I’ll be the first to admit that EMG measurements do not necessarily translate directly into hypertrophic potential, but the single biggest problem that most people have with their arm training is proper recruitment of the biceps. To force growth, you’ve got to squeeze your biceps, like they owe you money.

So, for this muscle group, the EMG study proved very useful when it found that concentration curls were the best recruiters of the biceps, and then even more useful when it found that (surprisingly!) that hammer curls stimulated the biceps equally as well as supinated concentration curls, whilst theoretically (unmeasured in this study) also hitting the brachialis harder than a supinated curl would. So, for a great way to hit your upper arm hard, try this one.

Several impact dislocations in both shoulders have meant that, despite all the rehab in the world, dips are as uncomfortable for me as upright rows are for most people. So I need a heavy triceps exercise to keep them full and thick and dense. The rope extension, whilst setting the lateral head on fire, does not allow me to shift much weight or contract as hard as I know my fast-twitch dominant triceps really like (and the same goes for any long-head-focused, overhead isolation exercises).

This exercise allows for a lot of weight (somewhere close to the additional weight you’d attach for a reps-matched set of dips), but does not put the shoulders under any undue stress. It can feasibly stand in for a heavy compound exercise in your programme… the close-grip bench press is a waste of time for me.

Okay, this one isn’t exactly unconventional – and when it was popular, it was far from underrated – but it is old-school. You never see it in commercial gyms. Even in my local bodybuilding gym, there is a divide between old-school and new-wave bodybuilders that can be best defined by the inclusion or exclusion of the T-bar row in their programmes.

The reasons I love it are: firstly, the straddling set-up allows for a lot of weight to be moved (are you sensing a theme, yet?); secondly, it forces the elbows down. That may sound strange, but here’s the thing, the reason barbell rows don’t work for a lot of people is that they overestimate how much weight they can lift, jerking the weight to their sternums whilst standing basically upright, and performing an ugly hybrid of a shrug and an upright row. T-bar rows, conversely, with the unloaded end of the bar fixed into place, force a strict arc of movement that means the elbows travel backwards and not upwards, thus hitting the middle back and traps, rather than the upper traps and delts.

That sounds like a mouthful, but it’s really simple in practice. Unilateral = one side at a time. Supinated = underhand grip. I always start workouts for my weak muscle groups with unilateral exercises; I use them as activation exercises as much as exercises in themselves. The isolation of sides, along with the biomechanically advantageous supination of the wrist allows for an insane contraction in the lats that you can feel right down to the bottom.

My background is in dance, and so I have always needed to go the extra mile to really challenge my midsection. This exercise certainly ticks that box, with the reverse of angles compared with the standard crunching movement allowing the trunk to reach full flexion, unhindered by the floor, and also preventing unnecessarily jerky extension of the upper back. Simples.

Thanks to the almost single-handed efforts of Mr Bret Contreras, various forms of hip-thrusters (he favours the barbell, but I prefer step-elevated unilateral thrusters) are finding their way gradually into the mainstream. Underrated no longer, the simple fact of the matter is that whilst all hinging movements, like the deadlift, and all squatting movements (especially low-bar back squats) will hit the glutes hard, you won’t achieve total development without some kind of thrusting movement. It allows for both stretch and for peakcontraction.

If you opt for maximal loading, choose the barbell. But, be wary that you will need practice to keep the (padded!) bar in a vertical trajectory, and in one that keeps your glutes firing throughout. You will need your hands on the bar to steady it, whilst your upper back remains flush and yet at pivot-point with the bench on which you rest. It isn’t easy, but it is absolutely worth it.

PART 3: Hamstrings, Quadriceps, Calves. We have finally reached the concluding section on my run-down of unusual and/or underrated exercise, body part by body part.

It’s actually not at all unconventional – but it is certainly underrated. It is all the rage, in present times, to say that a simple and obvious movement can’t be “optimal”, and hamstring exercises are dissected arguably more than the exercises of any other muscle group. I love RDLs, lunges, lying leg curls and sumo squats as much as the rest of them, but I really don’t think you can get a better exercise than this most intuitive one for your hamstrings.

In the seated curl, you get the perfect trade-off between heavy loading and direct targeting of the muscle; you can shift a lot of weight with a bit of practice, and also “isolate” the hamstrings as much as can feasibly be achieved. I favour it over its lying counterpart mainly due to specifics of my own leg development and due to the over-activation felt in the hamstring tendons rather than the muscles, when curling in this position.

Front squats are great. Hack squats are great. But as soon as the bar goes on your back, everyone assumes you’re trying to focus on glutes, hams, strength or power. But there are a hundred different ways in which you can perform a back squat, and on none do I feel my quadriceps contracting more than the “cyclist squat”.

It has been frequently conflated with 1 and ¼ squatting sets, but the cyclist squat is in fact nothing to do with the muscle action of the reps, but rather the set-up (in terms of stance etc.) of the squat itself. It involves a narrow, parallel stance, and a heel-elevation of a few inches (a wedge is best, but a 5kg plate under each heel is sufficient). Due to the forward knee tracking, which doesn’t deserve the negativity it receives, there is significantly more quadriceps activation.

Just remember: this is a back squat variation. It shouldn’t be your main squatting movement, unless you lack the posterior flexibility to squat properly without it (and if this is the case, you should work on gradually improving flexibility, unless you want to exacerbate the issue).

Most people I see training calves use free weights, stick religiously to seated calf raises, or use the 45 degree leg press machine. I don’t understand the thought process. To me, there is nothing more intuitive than the standing calf press and I thank my gym owner (the British beast Mike Sheridan) regularly for buying it. For me, the advantages of the machine are various:

1. Stability: it’s hard enough as it is for most people to fully contract their calves when rising up onto tip-toes; don’t make it harder than it has to be by using free weights – and don’t try and tell me about “minor stability muscles” (yawn, BS, yawn). When you’re locked into place, you can focus on actually stimulating growth in your calves.

2. Integrity: supporting your own weight creates a merge from head to foot, a kind of inexplicable mind-to-muscle connection that is unattainable when seated. This is why I hate doing calf presses on a seated leg press machine; legs hyperextend and then relax, allowing tendons and joints to support the weight, rather than muscles. This doesn’t happen when you’re standing up.

3. Gastroc freedom: the brilliance of the seated calf raise is that partial flexion at the knee inhibits force production of the gastrocnemius. And that’s great if you want to focus on your soleus. But, let’s face it, disproportionately large gastrocs actually look better than equally thick soleus muscles on a bodybuilding stage; few people care about dense ankles.