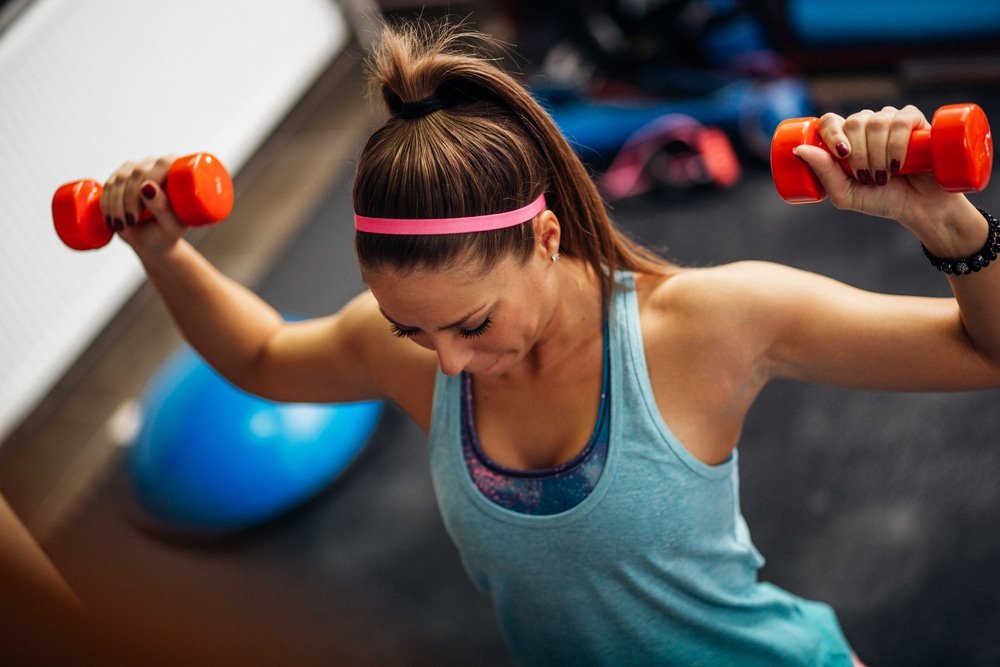 The Fundamentals Of Lifting

By mrprovis24th August 2015 No Comments

Home » Training » The Fundamentals Of Lifting

In my ‘Beginner’s Guide to Lifting’ series, I took you through the rationale and specific approach for your physique goal. I was fairly general, because breaking down lifting technique and tempo for every exercise, tailored to the individual goal, is beyond the scope of a single article. However, there are certain things that you should consider every single time you lift.

So, I thought it prudent to compile a short list of absolute fundamentals for lifting.

This is rule number one on this list for a reason; it’s rule number one for training, in every situation. You simply will not build strength or size sustainably unless you increase the stimulus over time. It is a simple matter of adaptation; without an increasing challenge to your body, it won’t adapt. Becoming complacent is the body’s favourite thing; it’s called homeostasis, and it’s the body’s perpetual goal. We’ve got to challenge that.

Throwing all sorts at your body one week, then attempting to throw the kitchen sink at it the next week is a poor way of implementing this. Instead, stick with the programme. Don’t add a hundred drop sets and new supersets to make the session “harder”. Keep the exercises the same, and attempt to add either intensity (load used for the reps) or volume (extra sets or extra reps within sets). You must do this in a measured way.

A “measured way”. You can’t implement progressive overload if you don’t know exactly what your previous performance was. Measure your workout, in terms of sets and reps, weight used and even RPE. RPE is the Rate of Perceived Exertion, and basically means how hard you found it to complete the set (e.g. if you had to really grind and cry from midway through the set and reached failure before or by the end, you would score 10 out of 10 for RPE on that set). Use RPE as a guide to whether you should (and by how much to) increase the weight/sets/reps in the next equivalent session.

Forget “overtraining.” Overtraining is doing too much, not trying too hard. Overtraining comes as a result of doing too much volume, frequency and intensity combined, for an extended period. It affects professional athletes, almost invariably, because they train hard for most of the day, every day. I’m not saying it doesn’t exist; I’m not a moron. What I’m imploring you to do is not use the fear of overtraining as an excuse not to dig deep and really push your boundaries.

The great Dorian Yates was able to grow to Mr. Olympia size on just a single set per exercise! And for what reason… genetics? Maybe. Drugs? Perhaps. Or was it the fact that for about 40 seconds at a time, he generated force that most of us can only dream of, squeezed his target muscles so hard that veins popped out in his neck and head, and fought through towards the point of certain death?

4. Initiate movement from the muscle

I used to be able to bench 140kg, at about 75kg body weight, but my chest was seriously lacking in development. I didn’t understand. Then I learnt to actually contract my chest when I trained it. As I learnt, my bench press dropped to about 90kg, but my chest grew exponentially. I learnt to “pack my lats”, breathe properly, control the weight, and most importantly, initiate the movement from the target muscle group. Since I relearnt the movement, my bench press strength has sailed past that old PB and my pecs are no longer pathetic.

In almost all exercises, you should be able to move the weight a couple of inches by just squeezing the target muscle as hard as you can. Do this before you attempt to move the weight. You will find that you’re contracting the muscle, hard, throughout the entire range of motion. Your muscle might cramp up, you will definitely use a lighter weight, and most importantly, you muscles will thank you.

5. Use the right weight, not the heaviest weight

It’s a truism: your muscle doesn’t know how much weight you’re moving. It’s a truism because it’s true. Muscle speaks the language of tension; it doesn’t know numbers. If you’re using 10lbs of force from your biceps and 30lbs of swing, for a 40lb bicep curl, you are only lifting 10lbs, and only through a partial ROM. Just lift the 10lb dumbbell and flipping well do it properly. You’re getting no additional stimulus from swinging a heavier weight than you muscle can manage.

Once you’re lifting from the muscle, the intended muscle, and that muscle only, you can increase the weight. And let me tell you, you will make faster progress by starting further back; it’s counterintuitive but I promise you this!

I keep saying this, but it needs to be said. With technical movements, when you’re lifting heavy, you need someone who knows what they’re doing to guide you, during the early days. I’m not talking about what you should do for you goals etc. – I’m talking about how to lift the weight safely. You can’t grow when you’re injured. Don’t risk it.

By that, I don’t mean get weaker. Indeed, I mean the opposite. Prioritise your weaknesses when it comes to getting stronger. If you have an exercise that you hate, that makes you struggle, that you can’t improve on, then make that exercise your primary exercise. Put it first in your workout; whether it’s compound or isolation, a finisher or an activation exercise, put it first, when you’re fresh. For some time, work on improving the form, the weight used, and the strength-endurance of that exercise; spend your energy on it.

Then, in a few months, reassess your strengths and weaknesses. This is the way to a balanced, well-rounded physique.

8. Exercise selection is an individual process

You may hear it said that the deadlift is the best exercise for building muscle in the posterior chain (see our guide on How To Do A Deadlift). It’s a commonly held belief. But it’s wrong for two reasons. Firstly, it works in a very short range of motion for almost all of the muscles involved, if the contraction is isotonic at all! Secondly, and more pertinently, a brilliant exercise isn’t a brilliant exercise if it doesn’t work for you. Some exercises that are commonly believed to be “best” are totally useless for some people.

Let’s take another example: the bench press. This exercise is a great chest developer, recruits a lot of muscle being a compound exercise, and is easy to set up. That’s why it is called the best chest exercise. But what if you can’t fully pronate your wrists? What if your arms are so long that your shoulder faces impingement before the pec can be fully lengthened?

Experiment with exercises until you find one that you can perform properly and really feel the target muscle. You should be able to induce cramp in the target muscle at the movement’s endpoint, on most exercises that are right for you (the exception to this rule, of course, is in exercises that deliberately work in the range closest to the stretch point, like flyes, incline bicep curls, etc.).

9. Break down the movement: tempo “counts”

Pretty much every exercise that is commonly used (eccentric- and concentric-loading protocols and some plyometric exercises excepted) consist of four distinct sections:
1. Concentric – usually the first part, involving a shortening of the muscle
2. Isometric (1) – the fully shortened, fully contracted portion, involving no movement, just a squeeze
3. Eccentric – the controlled, loaded, resisted return to the starting point, involving a lengthening of the muscle
4. Isometric (2) – the controlled, loaded, resisted portion, involving no movement, just a squeeze in the stretched position to initiate the next concentric motion.

It is important to think of each of these parts of every movement as distinct and important. A good rep should include a hard squeeze in the target muscle to initiate the movement, followed by a brisk but controlled movement, a hard squeeze during which the weight stops still at the “top”, then a strict and controlled lowering of the weight (slower than the ascent but not necessarily 3+ seconds as tends to be recommended), and a controlled wait at the starting position. Say hello to the perfect rep!

Every exercise should have a specific purpose. It’s no good to simply say “this is part of my first upper-body day – that’s why I’m doing it.” Are we looking to improve power in the glutes? Are we trying to exploit the hypertrophic response to contracting against a deep stretch in the biceps?

Knowing why you’re doing a certain movement will pay you back dividends; you will perform the exercise with intent, focusing on contracting the glutes hard and explosively, or really focusing on stretching the bicep behind the body before contracting in the above cases. In pre-written programmes, does the rep-range or exercise name give this away?

Now, go out there and have some damn productive lifting sessions! Remember, lousy reps don’t count.