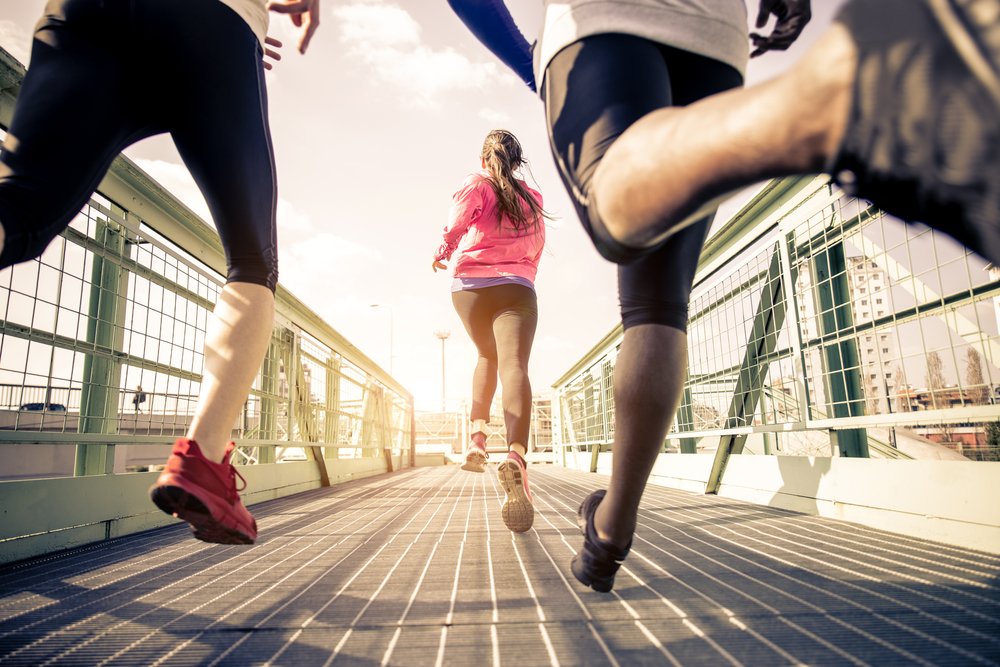 By tpwtrainer24th June 2013 No Comments

Running is a fantastic way of losing weight, but recent research shows there may be things you could change in your diet to further increase the amount of fat you lose. Here we explore these new studies and compares it to conventional ‘schools of thought’ to see exactly how you can run yourself thin.

Before a long run it’s almost customary to tuck into a large bowl of carbohydrates to fuel the mini marathon that lay ahead. But recent research published in the Journal of American College Sports Medicine showed that athletes who fasted before training, although performed worse, actually burned a higher proportion of fat to carbohydrates than the people who ate before training. Professor Peter Hespel from the University of Leuven in Belgium believes ‘when you exercise (after fasting), your adrenaline is high and your insulin is low and it’s this ratio that is favourable for your muscles to oxidize break down) more fatty acids.” An idea further supported by exercise and health Professor Ron Maughan of Loughborough University who says “Science is finally catching up with what smart runners have always known. If you have a long, hard run without breakfast once a week, that hard run will train you to burn fat. And for the rest of the week, have plenty of carbohydrates so you can train hard.”

However other experts are against the idea. Dr. Alexis Chiang Colvin, a sports medicine expert at Mount Sinai Hospital in New York says “I think it’s actually a pretty bad idea, if your blood sugar is low, you could wind up getting dizzy and you might not be able to exercise as well as if you were well-nourished.” A valid point, since if you haven’t eaten before a run (specifically carbohydrates,) your muscles will be depleted of muscle glycogen and your legs will find it hard to function. Plus as stated by Theodore B. Van Itallie et al in the Journal of the American Medical Association, this combined with low blood sugar levels has been shown to detrimentally affect athletic performance. Therefore evidently ‘fasted running’ is not for competitive or performance runners since no studies reveal an improved performance when running on an empty stomach. However scientific evidence seems to suggest that for physically fit and healthy recreational runners wanting to lose fat, ‘fasted running’ may greatly help in losing unwanted weight.

Furthermore, perhaps a compromise between the 2 differing schools of thought would be eating foods that have very little impact on your blood sugar levels, therefore avoiding the ‘dizzy spells’ mentioned by Dr. Alexis Chiang Colvin but also keeping insulin levels low as mentioned by Professor Peter Hespel. One of the ideal food choices for this would be any lean source of protein since protein doesn’t tend to increase insulin levels compared to carbohydrates. More specifically a Whey Isolate protein shake would be perfect, since they have been micro-filtered to contain very little carbs (0.2 grams of carbs per 30 gram serving) so would have very little effect on your body’s blood sugar levels. Or if you did want a carbohydrate, be sure to have a very low Glycaemic Index carbohydrate like porridge oats since these won’t cause your blood sugar levels to spike as dramatically as a sugary carbohydrate so may help to maintain the favorable ‘high adrenaline/low insulin ratio’ mentioned by Professor Peter Hespel that is optimal for fat loss.