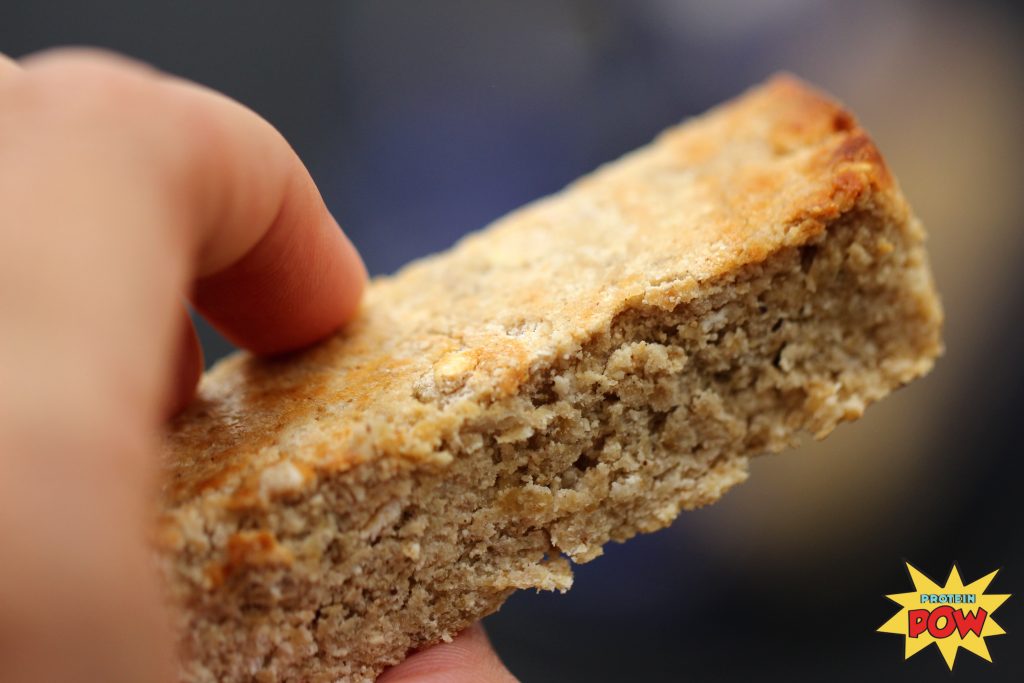 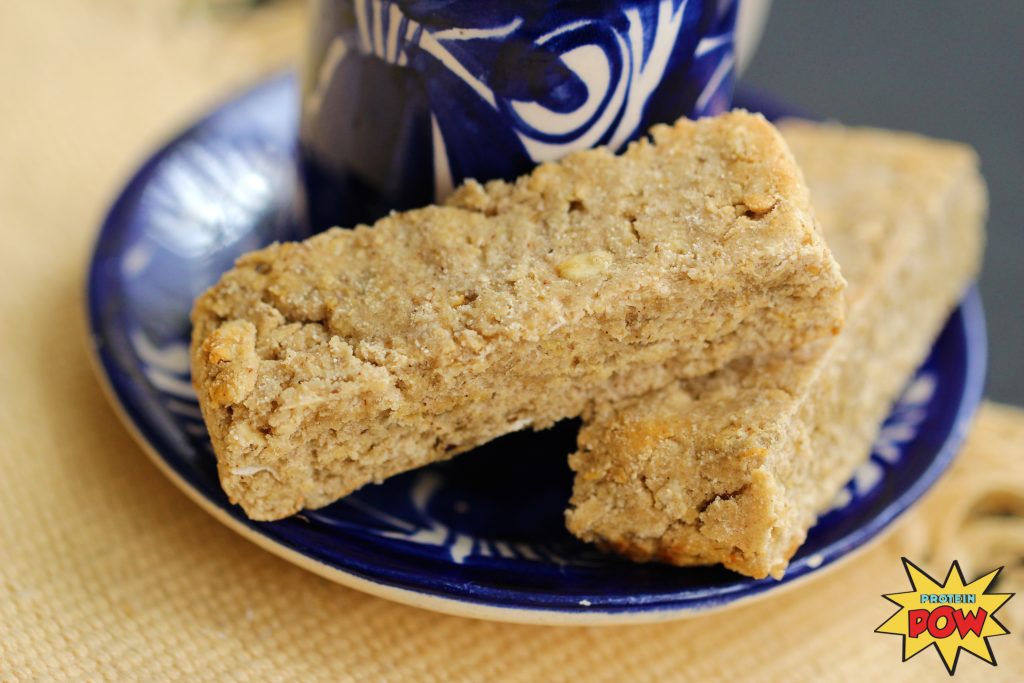 Honey has a bit of an interesting reputation when it comes to its perception among health & nutrition professionals. On one side, you have people who tout it for being a ‘superfood’ unlike any other – brimming with antioxidants, vitamins, and minerals. They regard it as a bona fide ‘miracle food’ with boundless healing and antimicrobial properties. On the other side, you have people who sum honey up as being nothing more (or even WORSE) than sugar. And sugar as toxic – as poison.

Where do I stand on this?

I stand right in the middle. I think that both sides raise interesting points but neither looks at the whole picture to provide us with sensible advice or a comprehensive understanding of how our bodies react to honey and whether or not we should include it in our diets.

Is honey a superfood, a cure for all ailments, and a substance we can’t do without? No, it’s perfectly fine to never eat honey. Is it then noxious to our health and ultimately poisonous? No (not unless you mix it with cyanide, haraharhar).

So… what’s the deal? Well, consider this: 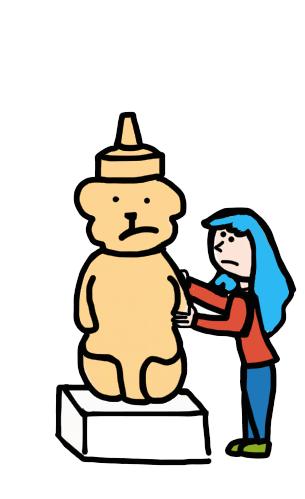 Honey is broken down by our bodies into sugar, that part is true. As such, it IS pretty much ‘just sugar’ but that’s only if you think of sugar as combination of glucose and fructose, which honey is (albeit it, in a different ratio).

You shouldn’t stop there though. Because honey is more than just glucose and fructose.

Unlike sugar, honey has a number of other things going for it: enzymes, antioxidants, minerals, vitamins, and amino acids (check this out for a general comparison of how it fares against sugar from a micro perspective). Also unlike sugar, honey has a medium as opposed to a high glycemic load which means our body’s insulin response to it is less drastic than it is when we eat plain sucrose (aka table sugar).

Altogether, I don’t think honey should be completely avoided, let alone demonized (the same goes for maple syrup – it’s more than ‘just sugar’). And it shouldn’t be seen as equivalent to sugar because, well… it’s not. In my opinion, honey – raw honey especially and in moderation – has a place in our diets, particularly if we exercise and lead an active lifestyle.

That’s because, consumed after a workout (and in conjunction with protein), honey is a great carbohydrate source: it raises insulin when our bodies actually need it the most and gives us a boost of energy (check this and this out).

The final reason why I like honey is that it’s a natural sweetener with centuries of use behind it. It dates back to the Egyptians in 5500 BC! I’m not saying that “oh, because ancient peoples used it, it must be good.” I leave that kind of overly simplistic and romanticized representation of the past to paleo dieters, *wink wink.*  I’m only saying that it’s been used for millennia, there 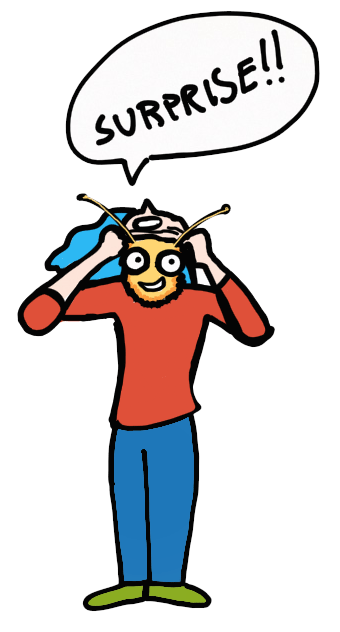 have been hundreds of studies about it, and no one has ever found ingesting honey to be detrimental to our health. On the contrary, many have argued that it’s one of the world’s greatest natural sweeteners. And, you know, I kind of think so too. As long as it’s consumed in moderation, post-workout (ideally) and attention is paid to its quality. The latter is important because processed honey, the kind often found in ‘honey bears’, for instance, is a far cry from raw honey: the thick and gooey stuff that bees actually make.

OK. I’m going to stop the discussion here because I started writing a long paragraph about the status of bees in our planet and why we need to do all we can to support them (which we do!) but you’re here for a recipe and, if I keep on like this, you’re going to start wondering whether behind the Anna Sward facade lies a furry buzzing creature, hehe.

Without further ado then, allow me to present to you this delicious recipe: 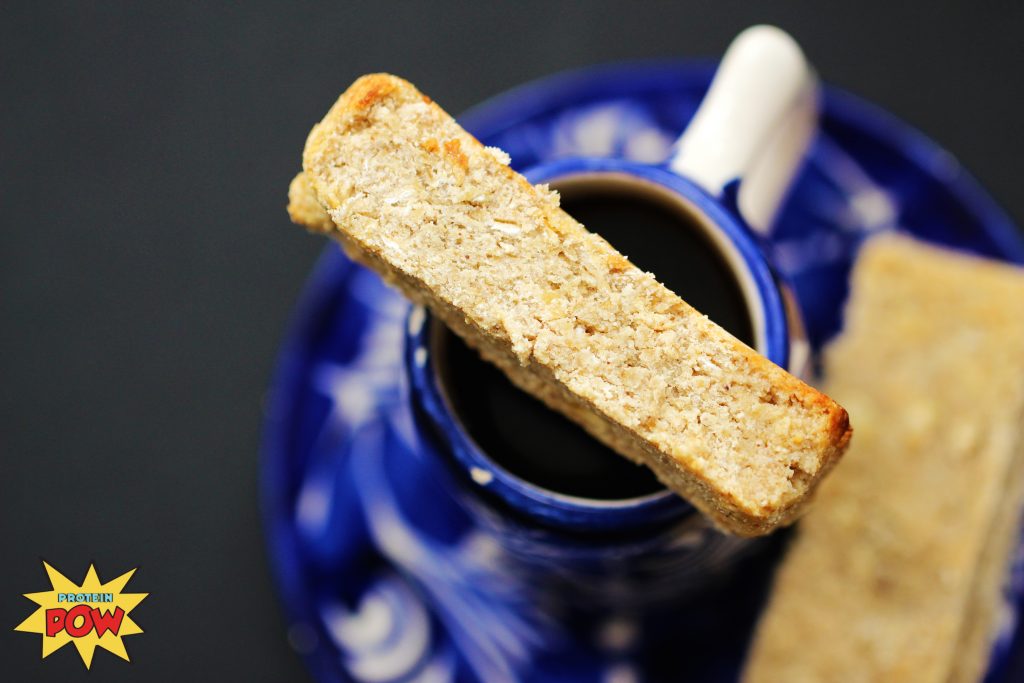 1. Mix all the above ingredients in a food processor until you get a soft dough that you can shape with your hands. Please note that the consistency of the dough will change depending on what kind of honey you use so keep this in mind: if your honey is making your dough too sticky, add a tiny bit more of the coconut flour until it dries up; if your honey is making your dough too dense, add a bit more of the milk until you get to the right consistency.

2. Bake in a small (ideally silicone) bread pan at 170 C ( around 338 F) for no more than 12 minutes or until the top of the flapjacks starts to brown. Please note that you should double the recipe amounts if you want to use a medium bread pan. Just play it by ear with whatever pan you have available. Note also that you can turn the dough into cookies if you want! Just bake them as flattened circles and keep an eye on your times (check on them after 5 minutes).

3. Consider adding some walnuts or coconut flakes to the dough before baking. Or raisins – or chocolate chips! Or a mix of everything.

4. Enjoy a flapjack or two alongside a cup of coffee if you want to have one of these pre-workout or with a glass of chocolate milk post-workout. They’re the perfect companion to your DOMS. 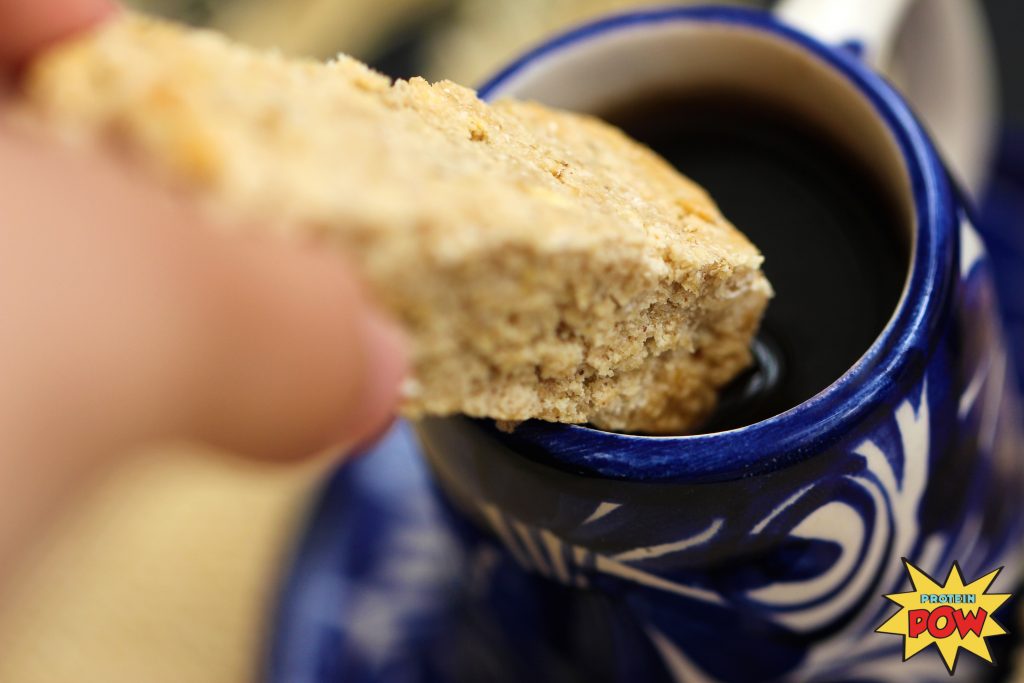