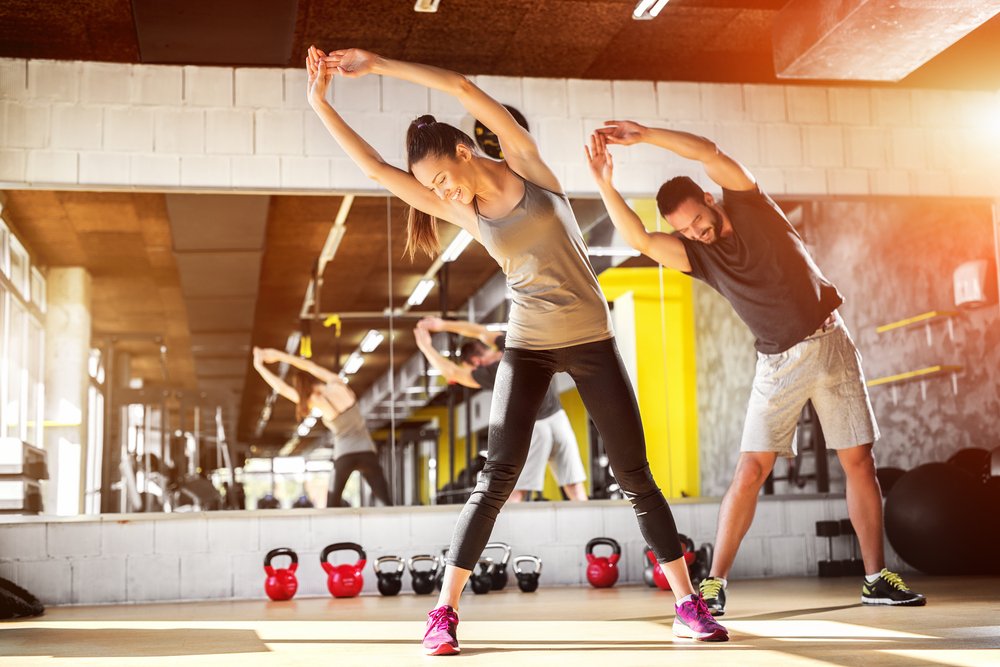 By tpwtrainer27th August 2013 No Comments

Exercise has many beneficial effects on the body, but one aspect that is commonly overlooked is the effect it has on sex. I am going to look at differing forms of exercise (aerobic, anaerobic) and its effects on sexual drive and performance in bed, looking at both male and females.

The first aspect we will look into is aerobic exercise, or exercise that requires oxygen to meet the demands of the activity through aerobic metabolism. Intensity of aerobic activity can vary greatly between individuals with many believing that 50-70% of the maximal heart rate being sufficient with timings varying greatly (2 minutes+). Sexual behaviours in connection with aerobic exercise have been discussed in many research projects (Kinderman 1982; Baker 2010; Blumenthal 1989; and Doyne 1983).

Research and evidence would suggest that moderate aerobic activity 30-60 minutes at 60% of the maximal heart rate 3-5 times a week will bring positive circulatory effects on the body after just 4 weeks of training. Improved circulation is considered hugely beneficial sexually to males, especially those aged 50 and above. The improvement in oxygen reaching major muscles allows the heart to become more efficient leading to an improvement in both health and more relevantly the longevity and fullness of an erection.

The second aspect we will look into is anaerobic exercise. This type of exercise develops strength, speed, power and promotes muscle building mainly used by bodybuilders. The benefits of anaerobic exercise on sex vary greatly from the benefits of aerobic exercise, however they show excellent results for both males and females. Research into this field is also varied (Hackeny 1995; Gitt 2002; Franzoi 1986; Armstrong 1997; Bloomer 2008) all looking into differing areas, a common aspect with the research is looking at hormones. Sex hormones have shown to fluctuate in both aerobic and anaerobic exercise however anaerobic exercise seems to cause a higher variance of fluctuation.

A hormone that is important in both males and females is testosterone. In males, testosterone has a variety of effects, especially in the bedroom. Before we talk about what effects testosterone has on both males and females we will look at the effect that anaerobic exercise has on the hormone. Evidence suggests that anaerobic activity between 85-100% MHR 2-5 times a week can cause an increase after 6 weeks of up to 30% free serum testosterone in males and a 9% increase in females. In males testosterone increases will lead to a higher chance, fullness and longevity of erections along with an increased libido at all times. It also causes an improvement in mood and drive where a decrease in testosterone decreases these aspects. In females it causes an increase in sexual drive and vigor which is good for both life and the bedroom.

Males and females both show an increase in testosterone (85-100% MHR 2-5 times per week post 6 weeks) which leads to greater sexual drive and libido. Exercise has positive effects on the body and health in general and these correlate with benefits in the bedroom, however over-training will lead to a decrease in health and any sexual effects, over-training can kill sexual drive. Be careful, train and eat correctly to get the bedroom benefits that exercise can cause.