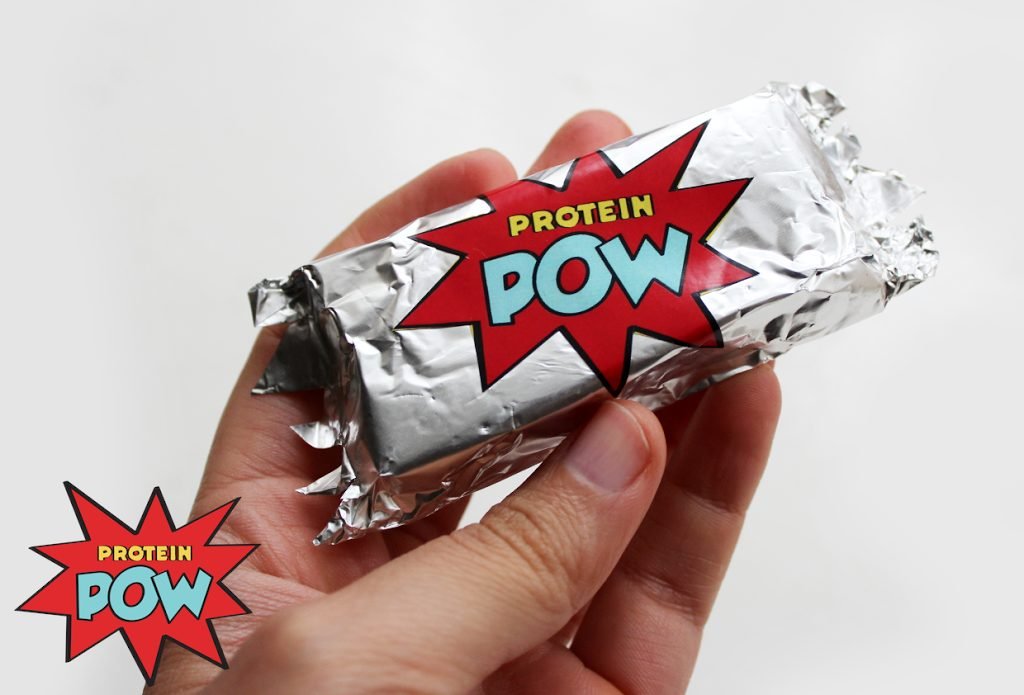 Where to begin… OK. Let me start a few months back, when I tried my first Quest bar. It was Vanilla and Almond and I didn’t really like it that much. I thought it was a bit too hard, too chewy, and too sweet. I actually made a post on facebook about how disappointed I was and, within minutes, BAAAAAM! dozens and dozens of people took to the thread to comment about how Quest bars are the best protein bars on EARTH. A lot of OMGs ensued, followed by “you NEED to microwave the bars!,””you MUST bake them!” and “you MUST try another flavor!” But, after my first experience with Quest bars, I just wasn’t that convinced. They just didn’t do what my Protein Pow bars do to me: they didn’t set off a huge cascade of nommage. But the aforementioned facebook thread grew and grew and passions rose and rose to an unprecedented high with people proclaiming an undying LOVE for Quest bars. I thought, “Zeus! What is this!?” So I decided to try Quest’s other flavors. I actually got a box full of bars – a sample pack that contained every single flavor – and, amongst them, I found two bars that I ended up falling in love with:

The first bar I loved was their Banana Nut bar. I was so impressed – it tasted of banana nut muffins! It was crunchy yet soft and… ah, it was absolutely delicious. The second bar that I absolutely adored was the Mixed Berry one! Third came Peanut Butter & Jelly – still amazing but, to me, not as earth-shattering as the banana or the berry one. In the box, there were of course a few that I didn’t really care for – like the Vanilla & Almond or the Lemon ones (but that’s probably because I’ve never been too hot on lemon). All in all though, I was impressed.

After a few days of going through the bars, my box was empty so I bought a couple more boxes of my some of favorite flavor bars. And oyyyy, did I enjoy them! Especially toasted, they were delicious – crunchy on the outside, warm and soft on the inside – yummmmm. I recommend you try them. The bars’ macros are all pretty crazy too: they’re really low in (net) carbs (about 4g), very high in fiber (18g) and remarkably high in protein (24g), for a protein bar.

One of the ingredients these bars use are isomalto-oligosaccharides (IMO). I’d never tried that ingredient myself so I was curious and got in touch with one of the few companies I knew who distributed it: bioneutra.ca, in Canada. I wanted to get IMO to see if I could make my own low-carb protein bars.

You might be asking yourself, “What’s IMO? and what’s so special about it?” Well, IMO binds all ingredients together and retains moisture like nothing else does! It also changes composition dramatically when it’s heated as opposed to when it drops below room temperate. It’s a fascinating ingredient, it really is. I’ve tackled a few questions about IMO at the bottom of this post.

Right now though, I want to give you a recipe: 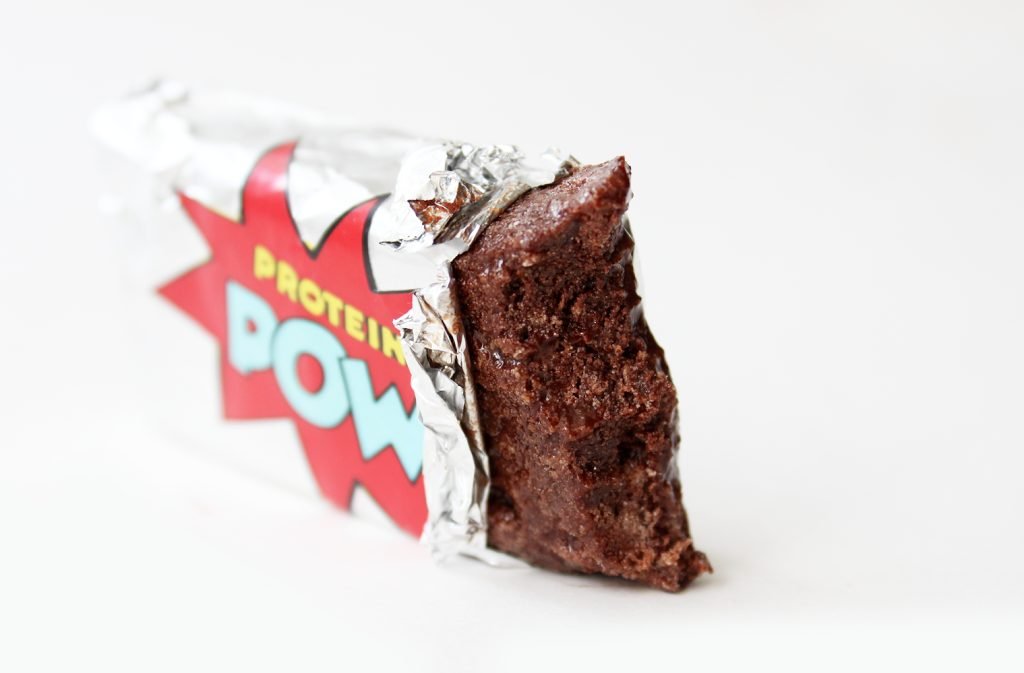 1. First, heat up the liquid IMO in a pot until bubbles start to form. Once this happens, add the syrup and mix it.

2. Then, add the whey and cocoa until you get a sort of sticky dough. Remove the whole thing from the heat and mold it with your hands into a bar.

3. Press this bar onto a silicone brownie tray and stick it in the fridge for an hour so it sets. Done.

Let me walk you through the process of how I went about figuring out how to make them them because it’s pretty interesting. OK. I figured that the IMO had to be heated up first because the bars change texture very dramatically depending on whether they’re heated up (microwaved, or toasted) or eaten in a cold environment. They go from soft and sticky to extremely hard. So I heated up the IMO and then added in all the stuff. At first the mix is really sticky but as it cools it behind to set! Until a proper bar is formed. Macro-wise, my bar probably amounted to mostly protein, a small amount of fat (from the whey and the cocoa), virtually no carbs, and a LOT of fiber.

Now, here’s a Q&A so I can deal with what I foresee are some questions you may have about IMO:

1. Q: You mention that you got your IMO from a Canadian wholesaler. But where can I – a regular consumer – get IMO from? A: Online! Just do a search 🙂 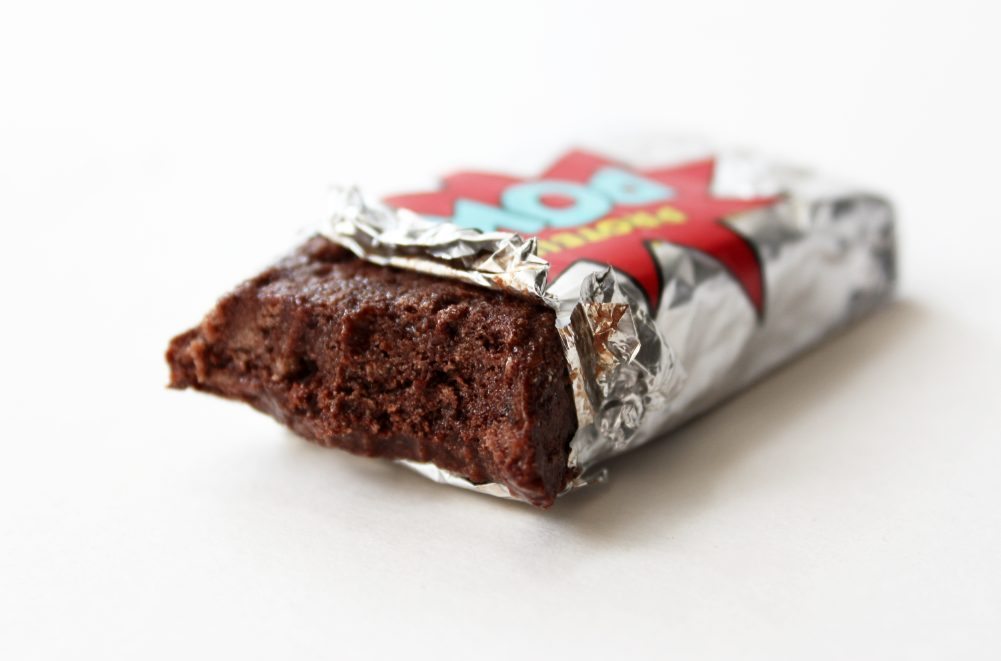 2. Q: Could you tell me more about isomalto-oligosaccharides, or IMO? A: Ah, yes. IMO is a prebiotic fiber used as a food ingredient that is completely devoid of vitamins, minerals, fats, and proteins. It’s basically comprised of ‘digestion resistant carbs‘ i.e. carbs that ‘go right through ya.’ IMO can be found – in veeery small quantities – in honey, miso, sake and soy sauce. IMO has a caloric value of 2.4kcals per gram. Flavor wise, IMO has a relative sweetness level that’s 60% that of sucrose.

4. Q: Is IMO good for me? Or… what’s the deal? A: There have been a few studies conducted that have looked at the potential health benefits of IMO. Most of them have concluded that, as a prebiotic, their effect is far from harmful; that, in fact, IMO can be beneficial to one’s digestion. Wikipedia links a pretty solid list of studies about IMO worth checking out if you’re interested (click here to see it).

5. Q: What’s YOUR take on IMO though, Anna? A: If you’re asking whether I think IMO is GREAT as a prebiotic to include in one’s diet regularly, as a form of fiber, I’d say… hmmm… I’d rather get by fiber from food like fruit and veg, coconut flour, gluten-free grains, and psyllium husks! But hey, that’s just me 😉 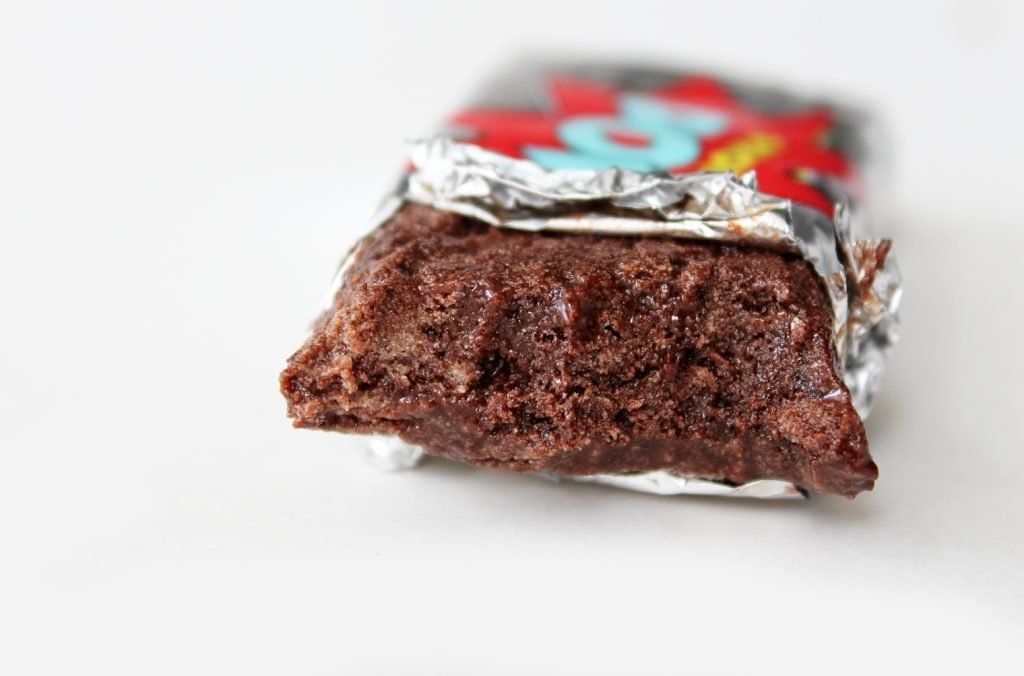