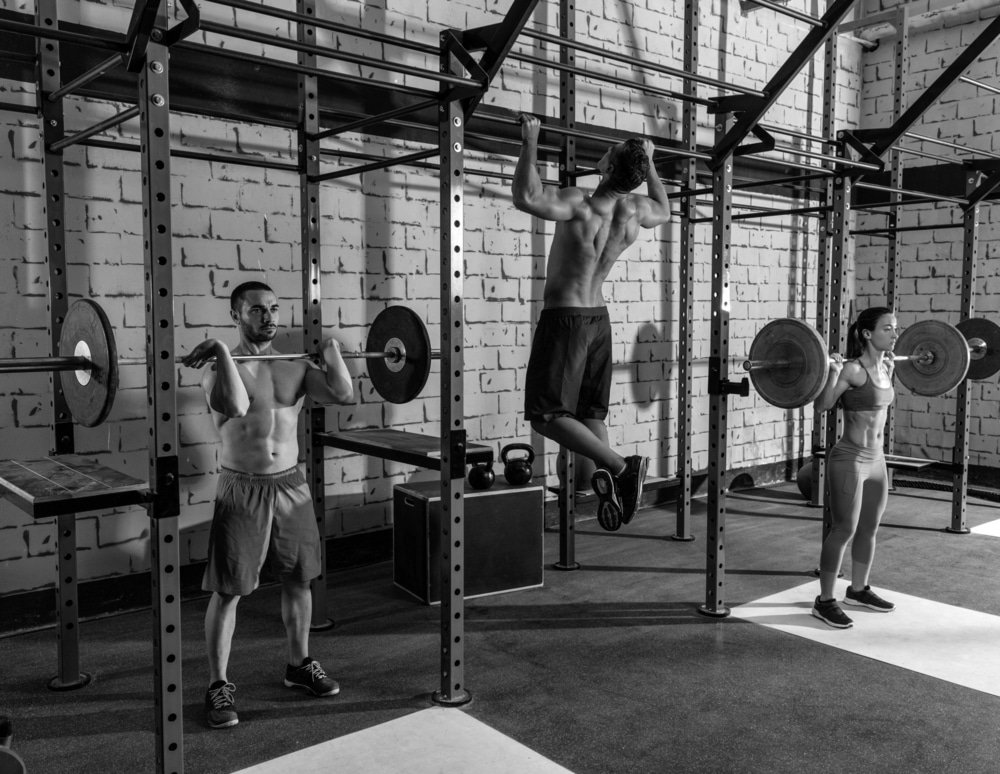 Training For Strength Vs Hypertrophy

Fundamentally, training for strength and training for hypertrophy involve the same thing: you need to train hard, and with sufficient load and volume. The small differences that do exist lie in the definition of “sufficient” in each case.

So, in terms of relative load, it is typically said that strength training should involve 85-100% of your one rep max (1RM), whilst hypertrophy training should involve anything between 60-80% 1RM. This is a useful starting point, but it is limited. For example, whilst a near-maximal load might seem like the best for strength athletes, such a simplification confuses development of strength with expression of strength. All loading parameters improve strength to some degree. Whilst research does show that heavier loads ought to be favoured most of the time for strength goals, the simple fact of the matter is that near-maximal loading is unsustainable. Periodization, that includes a variety of loads, and scheduled deloading, is paramount.

The same can be said of hypertrophy. A full spectrum of loads (and, consequently, repetition ranges) ought to be selected if muscular development is the goal. Moderate loads tend to be favoured for hypertrophy, but both heavy and light loads have their place. Heavier loads, indeed, when volume is equated, produce equal hypertrophy results (a recent study from Brad Schoenfeld has demonstrated just this). At the other end of the spectrum, lighter loads may indeed mostly target the slower-twitch fibres, which have less capacity for growth than the fast-twitch fibres recruited in higher-load training, but it has been shown that the relatively larger size of bodybuilders compared with powerlifters is attributable to their more fully developed slower-twitch muscle fibres. So, bring on slow-twitch growth! Lighter loads, when taken to concentric failure, also do stimulate fast twitch muscle fibres, and this synergy may explain why another of Schoenfeld’s recent studies has found that even 30-rep sets (which is well under 60% 1RM), taken to failure, may be indicated in a hypertrophy programme.

Bottom line: the tried-and-tested formulae (high load/low reps for strength; moderate load/moderate reps for hypertrophy) ought to form the bulk of your strength or hypertrophy endeavours, respectively, but periodized variation is incredibly important.

Failure, Volume, Power and the Fundamental Issue of PERFORMANCE

On the subject of failure, it ought to be noted that a divergence occurs here, too. Regularly training to concentric failure does appear to offer marginal hypertrophic benefits, but as far as strength goes, these effects are negligible at best and not worth the potential cost of hindered recovery. The name of the game for strength, it must therefore be said, is performance.

In strength training, indeed, as performance is key, volume need not be maximized, so long as tonnage consistently improves. Indeed, it ought not to be taken to the nth degree when recovery becomes an issue. Muscle growth benefits irrefutably and significantly from higher volumes. Conversely, power need not have a focus in hypertrophy-focused training, whilst such approaches (40-60%, high bar speed, etc.) will certainly benefit strength. Finally, in consideration of the centrality of performance in strength-training over hypertrophy-training, it ought to be observed that longer inter-set rest periods (>2-3 minutes) certainly serve strength, whilst shorter rest periods (<1 minute) can be indicated in hypertrophy-centred training – probably due to metabolic stress.

Bottom line: the factor of performance and its relevance to these two physical goals can be briefly expressed in terms of efficiency: strength-training should be as efficient as possible, and hypertrophy-training as inefficient as possible. This may also be applied to the movements themselves; strength athletes want to move a weight from A to B via the shortest route, at the fastest speed, whilst bodybuilders want to squeeze their muscle against the weight against gravity.