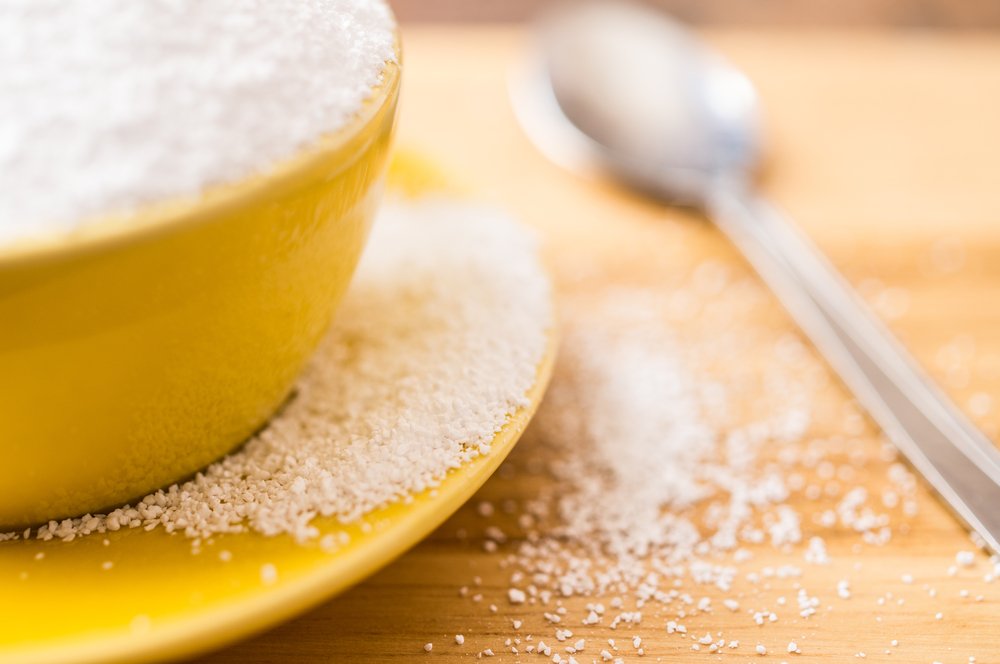 The Truth About Artificial Sweeteners

By thomaswellman2nd November 2018 No Comments

I often receive negative comments about my consumption of sugar-free drinks, the funny thing being that there is no evidence to support these views and are usually made by people that drink alcohol on a regular basis.  What is the alternative? To switch to water and reduce dietary adherence and increase hunger? To consume the sugar version and consume too many calories resulting in weight gain?

What we do know, however, is that artificial sweeteners can be helpful for some people in their pursuit for weight loss. Anecdotally we see many people finding the use of diet drinks to be beneficial for dietary adherence which is far more important than hitting any macros or eating certain food.

So, if you like water…. drink it.  However, if your goal is to drop body fat, consider swapping beverages containing sugar for sugar-free.

An illustrative example of this is John Cisna, he lost 56 pounds eating 540 straight meals at Mcdonalds for 90 days, while improving various health markers, including

My point being,  caloric intake and expenditure are critical for weight loss and health.  A dietary approach that you enjoy and can adhere to is far more important than eating ‘clean’ and ‘healthy’.    Am I advising you to eat Mcdonalds every day? Obviously not, but what I am saying is that you don’t have to eat clean all the time, adherence to a calorie deficit is far more important.

If you are in a calorie deficit, you will lose weight regardless of the nutritional value. The most important component of a diet is adherence.  Obviously the ‘ideal’ or what is ‘optimal’ would be to consume nutrient-dense or ‘healthy foods, but this is a waste of time if people can’t stick to it.

On the subject of artificial sweeteners, a study by Pieters et al looked at a 12-week weight-loss diet in 303 people who were split into two groups: one group consumed at least 24oz (710mL) of a non-nutritive sweetened beverage per day and one who drank at least 24oz of water per day [1].

Sweeteners can do two things, including improving adherence to your diet and reducing the number of calories that you consume from sweet treats. Drinking a zero-calorie Diet Coke can help satisfy your sweet tooth, instead of consuming 140 calories by drinking a can of Coke.

The following graph shows the consumption of NNS sweetened beverages and water and the effect it had on people’s appetite: The group that kept consuming artificially sweetened beverages experienced a significant reduction in hunger even while dieting, compared to the ones who were allowed to consume only water, they reported a significant increase in levels of hunger on the 0-100 pts hunger scale; Peters et al.

After the 12-week study had concluded, Peters et al. (2015) wanted to see the long-term effect and whether subjects could maintain their body weight, consuming water and artificial sweeteners.  The report showed that the 158 male and female subjects in the artificial sweetener group did so and also had an easier time maintaining their weight loss as opposed to their 150 peers in the water only group.

Another common argument is that artificial sweeteners can impact insulin sensitivity, but does it? In a new study, participants drank either 330ml of an artificially sweetened drink or 330ml of carbonated water twice per day.

After 12 weeks, no significant differences in insulin sensitivity or secretion were seen.

Is Sucralose Bad For You?

Another popular sweetener used in many supplements and foods is sucralose.

Sucralose is a non-nutritive sweetener that is most commonly found in Splenda and many low-calorie flavoured foods such as protein powders/bars, yoghurts, diet drinks, Walden Farms products and other low-calorie items.

Based on the evidence, the FDA has approved a daily intake of 5mg/kg bw/d. One packet of Splenda contains 12mg of sucralose; meaning a 150lb person could have 28 packets of Splenda per day. Similar to aspartame, it seems that sucralose will not be harmful when consumed within normal ranges.

There is no current evidence that shows regular, moderate consumption of artificial sweeteners is harmful to your health. In fact quite the opposite, it contributes to achieving and maintaining a healthy body weight. As for the sweeteners mentioned above, they are safe to consume and it is highly unlikely that their efficacy will be disproven. The overwhelming evidence has shown that they are safe to use both in the short and longer term… so enjoy consuming sugar-free/zero calorie alternatives. If you’re craving something sweet, you don’t need to eat something that contains high levels of sugar and calories. Instead, you can opt for something that has been artificially sweetened that helps satisfy your craving whilst keeping you on track. As with most things, consume in moderation and you’ll be safe!