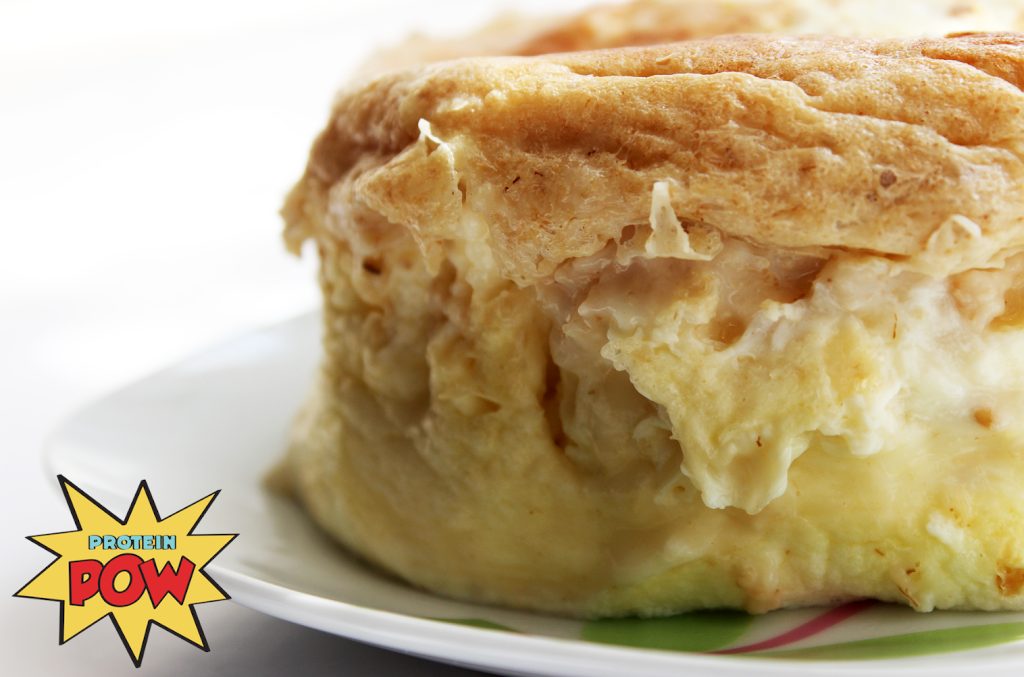 I have been eating this for breakfast for more than two years now (not every day but often) and I haven’t posted the recipe on here – even though it features protein powder. Why not? Because I thought it wasn’t aesthetic enough and that the recipe itself might be too ‘out there’ for you guys. My very own family and friends think it’s the weirdest thing ever, hehe, so I thought you’d see this and think, “what’s up with this woman! Her food is waaaay too strange, I’m outta here!” and leave me stranded and alone in my little world of Protein Pow 🙁 I’ve made references to this ‘dish’ in the past but I’d been too apprehensive to actually dedicate an entire post to it. Until now, more that two years after its conception, because it’s time I let you in on my personal little favorite: Meringued Egg White Coconut Porridge, or Oatmeal. It looks wack. I know…. But I love it.

I’ll tell you why I love it: 1. it’s super creamy, thick, and, while simple, I think it tastes amazing!

2. it has great macros
3. it’s really filling,
4. it takes a long time to eat (which means you get to enjoy it for longer)
5. it provides me with amazing pre-workout fuel!!!! Do you want to try it? Here’s the recipe: 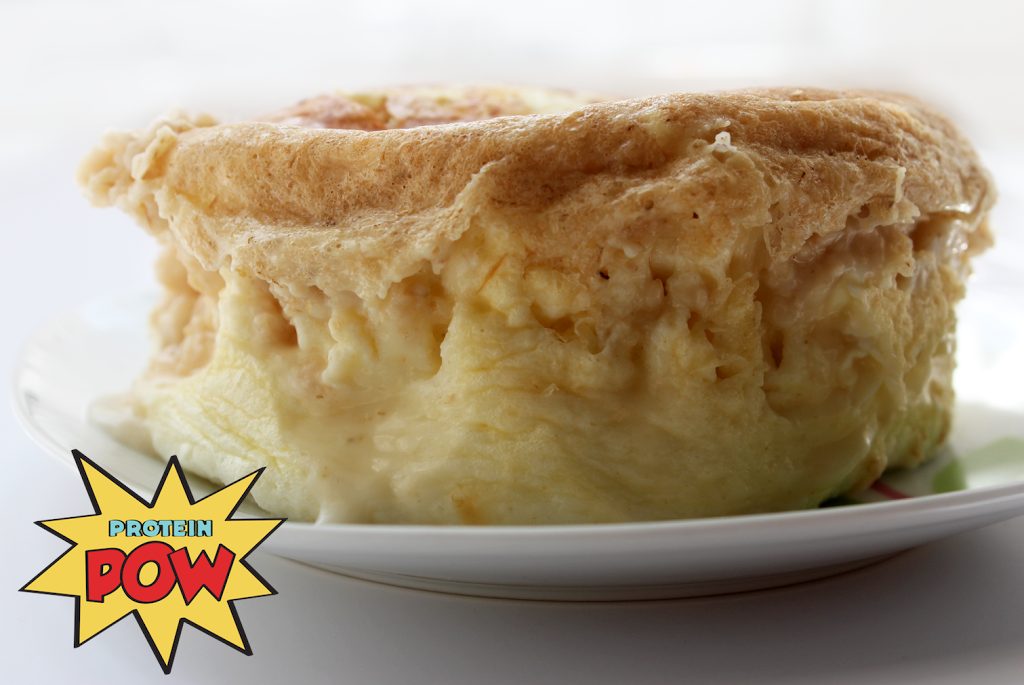 1. First, make your porridge by heating the coconut milk with the oats in a nonstick pot. Make sure it’s the cartoned coconut milk kind, not the canned kind, because you want the milk to be light and mild in its ‘coconuttyness’; if you don’t like or have any cartoned coconut milk though, you can use almond milk or hemp milk! OK. Once the porridge has begun to thicken, whisk the egg whites with about 1/2 cup of warm water until they start meringuing.
2. When the egg whites are meringued (i.e. when they’ve gotten big and fluffy), pour them on top of the porridge. Then, turn the heat to low and cover the whole thing. You want to turn the heat down so as not to burn the porridge and ensure that the egg whites cook thoroughly. 3. Once the whole thing is cooked (and you’ll know because you’ll be able to stick a knife in there and it won’t be all watery inside), turn the whole thing over on a plate – or eat it straight out of the pot! I often do the latter.

4 Replies to “My 3-Ingredient Breakfast Bowl of Protein Pow”