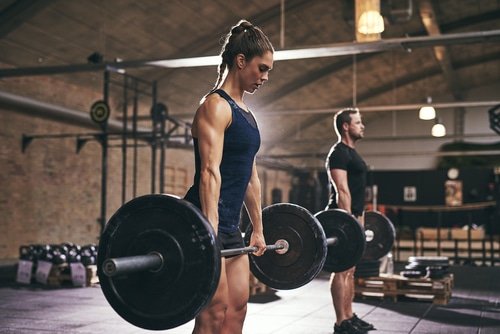 By thebodypsychology4th September 2014 No Comments

was having a conversation with one of the women that comes to my gym about the amount of training that I do each week, and she asks me the question ‘How do you stay so motivated to do that?’. It was a question that I haven’t really thought about to a great extent and had to pause and think before thinking of an answer, to which I finally replied, ‘because of the enjoyment and satisfaction it brings me to not just see the physical changes each week, but the mental changes as well’.

So breaking it down into real talk here.

Individual A is internally motivated – they exercise because it interests them, they enjoy it and they get pure satisfaction from doing so. Individual B is externally motivated – they exercise because they feel they have to, and will feel guilt if they don’t, or they may get some type of punishment if they don’t exercise, such as not being able to go out for a meal at the weekend as they feel they don’t deserve it.

Who is more likely to continue exercising? Individual A.

Yeah I can put my hands up and say that we are all motivated from external sources, and if someone says that they aren’t, well there nose would be growing if they were Pinocchio. We all work that bit harder if we are rewarded with something at the end, or we work harder if there is someone shouting at us to do that one last rep; but it is those that can continue day after day to put that effort in when those external sources are removed, that will succeed when the rest start to flounder.

So how can I be one of these people that are internally motivated and driven?

Well to answer that question I need to take you through my own experiences. Back in the day I used to be a swimmer. I won’t say that I was top of the league heading to Team GB anytime soon…but I was pretty decent, I can proudly say that. I used to love swimming, that burning passion that kept you up at night the night before a gala, the feeling of getting a PB, or even the feeling of gliding through the water in training. But after becoming ill with glandular fever and I got to that age where I wanted to go out shopping with my friends more than spending the weekend damp on a cramped poolside, my motivation and my priorities started to change. I soon began to go swimming out of guilt, because I thought that was what I needed to do, I didn’t want to disappoint my family who invested so much time in it. I went to Uni and felt like I needed to join the Team because ‘I was a swimmer’. I found weight lifting, and I soon began to feel the same as I used to with swimming. I wanted to train every day, I liked the feeling of DOMS the next day, and I thought about what I was going to train at night going to sleep.

The time came where I had to think about why I was still swimming. I moaned all day at the thought of having to train that night, having to go out in the cold and rain to get into an even colder pool. I wanted to be in the gym instead of the pool. And that’s when I decided I no longer wanted to swim. It was hard at first as swimming had been my life for 15+ years. But that guilt of no longer swimming soon went. And the time I invested in swimming could then be transferred into something I loved.

So going back to the beginning…I train every day because I enjoy it. I eat out of Tupperware instead of eating at my work’s restaurant because I like what that food does to my training and my body shape. I don’t mind the DOMS that I feel every day because I know where that is going to take me. I talk about weight lifting all the time because that is where my passion is.

What is the take home message from this?

If you are nodding your head at my story and thinking reluctantly that it described you, I want you to take a long hard think about what you are investing your time in. Is it worth your time? Or are you going through the motions because you feel you have to?

Go for the things in life that make you want to get up in the morning, albeit a new career path, a new activity, and heck even a new relationship!

Don’t go through life wishing that you were somewhere else, doing something else. DO that thing that you constantly think about, and suddenly your life will seem that little bit clearer.