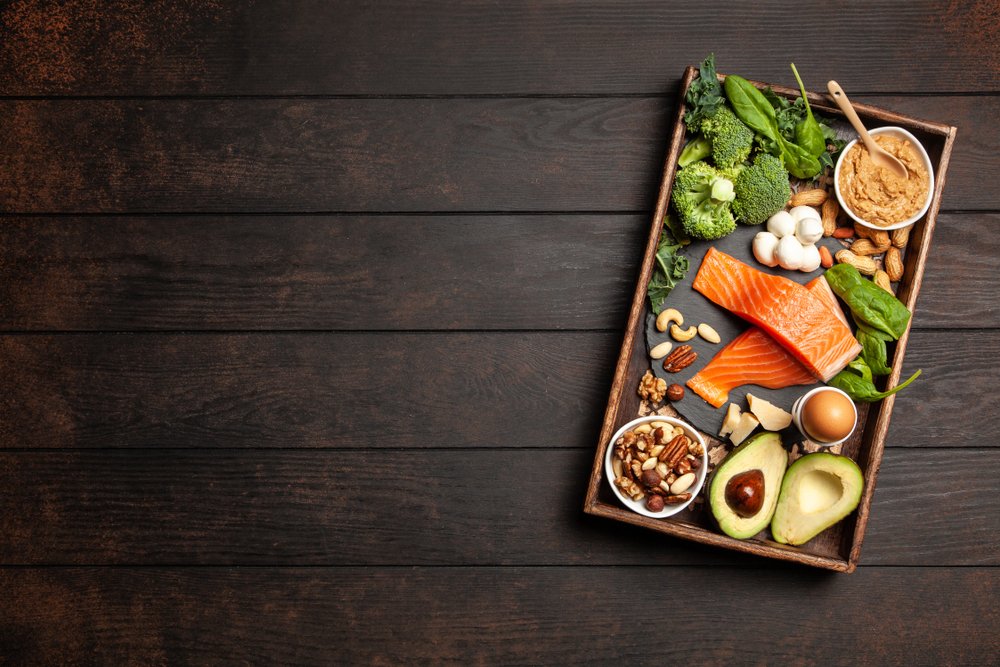 Is A Low Carb Diet Best For Weight Loss?

Dieting, like fashion goes through trends. During the 1950s dietary fats were considered evil, then in the 90s it became carbs, now meat is seen as a problem, and let’s not forget processed foods. The vilification of certain foods always results in a new form of dieting, and there are often large changes to the foods you can buy in the supermarket as the food and beverage industry adapts to customer needs.

Have you noticed how many more gluten-free products there are on the shelves right now? How many more vegan products? This is a symptom of the increased interest in leading a vegan or gluten-free lifestyle. In the 50s the food industry looked at fat free versions of foods, because of the interest in low-fat diets.

History of the Low-Carb Diet

But unlike gluten-free lifestyles, or even low-fat diets, the low-carb diet has persisted for decades. You can go back to the 19th century when William Banting first published a letter that created the first popular low-carb diet. Then there was the ketogenic diet of the early 20th century (now very popular again – and an extreme version of the low-carb diet).

But the diet that really put low-carb diets on the map was the Atkins diet. Created in 1972 by Robert Atkins, this diet was insanely popular. It then became popular again in the late 90s early 2000s and was soon followed by the South Beach diet.

Today, low-carb diets are still the first port of call for most new dieters. With gluten-free diets and ketogenic diets becoming more and more popular in the last five years. But how effective are low-carb diets for weight loss? To answer this question, we first need to discover how weight loss actually occurs.

How does weight loss occur?

A simple (yet effective) way to think about weight gain or weight loss is to imagine a bank vault filled with cash. This is your stored body fat. In this scenario, an obese person would have a very full bank account while a very lean person would have an almost empty bank vault. It’s not a perfect metaphor (or is it a simile?).

It doesn’t really matter if you earn less then you spend on one day or even in three days, provided your overall spending and earning patterns remain the same. In the same way that if you go on a two day diet it won’t affect overall fat loss in a year.

But if you make a sustained change (spend an additional £1000 per month on rent or join the gym and burn an additional 1000 calories per week) you will begin to see a reduction in surplus cash/surplus calories. Or vice versa.

This is how weight loss works. The change in your calorie balance (in vs out) can be very large or very small, but so long as that change is sustained, you will see results over time. There are three ways to create a calorie deficit: You can eat less (go on a diet), you can move more (exercise more), or you can do a combination of both (obviously the best option).

Diets all work in the same way, no matter what you are led to believe. They work by setting you rules that limit your food options. This (often but not always) creates a calorie deficit. That doesn’t mean all diets are equal.

The Mediterranean diet has continually been shown to be the most effective for health and weight maintenance. While the “Drinking Man’s Diet” of the 1960s was universally panned for being unhealthy and incredibly wrong about nutrition (which is a shame, because it sounds amazing).

A really good diet will:

If your diet ticks all of these boxes, then you are most-likely on to a winner.

Why are low carb diets so popular?

Low-carb diets have definitely been the most popular dieting method, having never really gone out of favour over the 20th century and early 21st century. There are several reasons for this. The first is down to a misconception.

Many people believe that carbohydrates themselves are bad, that the carbohydrate is specifically to blame for weight gain. This is not exactly true, though we will go into this in more detail in the next section. Carbohydrates are not bad for your health; in fact, they have many benefits. Most fruit and veg is made up almost entirely of carbohydrates. Even the ketogenic diet, the closest thing we have to a no-carb diet, still makes allowances for fruit and veg!

The second reason why low-carb diets are so popular is that they are incredibly well defined. There are very few rules other than “Eat less carbs”. People can easily picture what this means. Sure, there may be some research required, but it is mostly common sense. Replace bread with a non-carb alternative. Remove rice or pasta from your meals. Half your serving of roast potatoes at dinner. Easy to follow.

The third reason is tied to the popularity of vegan and gluten-free diets, low-carb or carb-free versions of the foods we love have never been more accessible. You can get pizzas made from cauliflower if you want. There are carb-free sauces, pasta made from courgettes, it has never been easier or more economical to cut out carbs. There is much less stigma too. Because almost everyone has gone low-carb before in their life.

Is a low carb diet best for weight loss?

So, let’s answer the original question. Is a low carb diet best for weight loss? Sadly, it’s not a clear cut answer. On the one hand, we feel we should point out that no particular diet is more effective than another when it comes to weight loss. Staying within a calorie deficit is the only thing that matters.

There are many diets that fit the criteria we mentioned above (create a calorie deficit, increase or maintain nutrients, sustainable). The paleo diet hits all three criteria, as does the vegan diet, pescatarian diet, Mediterranean diet, even the keto diet can be made to hit all three criteria thanks to supplements and creative recipes.

It really comes down to that final criteria, how sustainable is the diet. Can you see yourself still following the diet six months from now? What about a year? What about two? The problem is that most people are really only concerned with the short term.

When it comes to short and medium term, the low carb diet is very effective. A 2011 study by Makris & Foster compared several different diets to see how effective they were for fat loss both in the short and long term [1]. The study found that a low-carb diet is excellent for short-term fat loss, but that after a year the difference is insignificant between low-carb and low-fat diets.

This is because low-carb diets are hard to sustain long term. Carbs are too embedded in food culture. People begin to pine for cakes, potatoes, pasta, bread, and even fruit juice! Sadly, the result of a failed diet is weight-regain. Which is where you slowly put the weight back on over the following weeks, months, and years (with interest).

Does that make the low-carb diet bad for weight loss? Absolutely not! It just needs to be understood that you need to transition from low-carb to a more sustainable diet after you’ve seen some good results.

An ideal scenario would be this:

See, there is nothing wrong with carbohydrates as part of a healthy diet. The fact that the Mediterranean diet is so loved by dieticians is that it is healthy, balanced, and provides a reasonable amount of carbohydrates (and therefore fibre).

But the Western diet tends to lead to people eating way too many carbohydrates. So, carbs aren’t responsible for fat loss, but overconsumption of carbs IS. Tracking your calories will help you to avoid this mistake, meaning that you shouldn’t need to go low-carb. 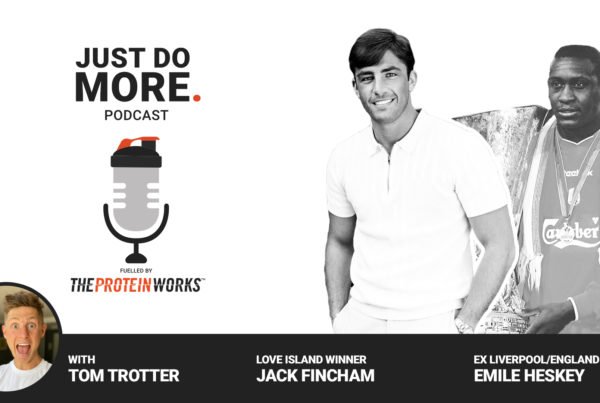 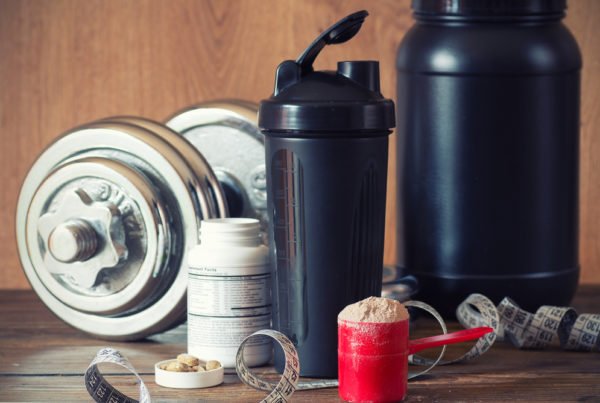 The Best Supplements to Strengthen Your Immune System 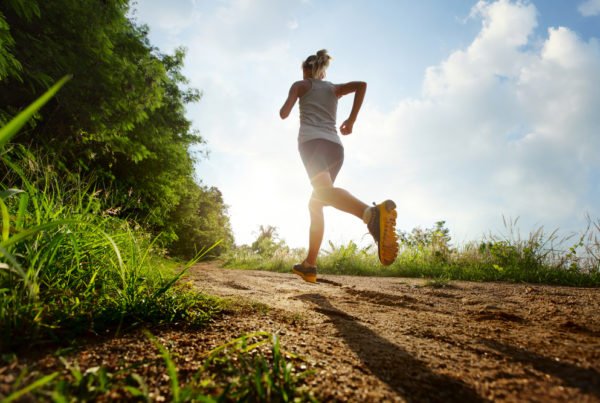 Should You Do Cardio Day In The Park?