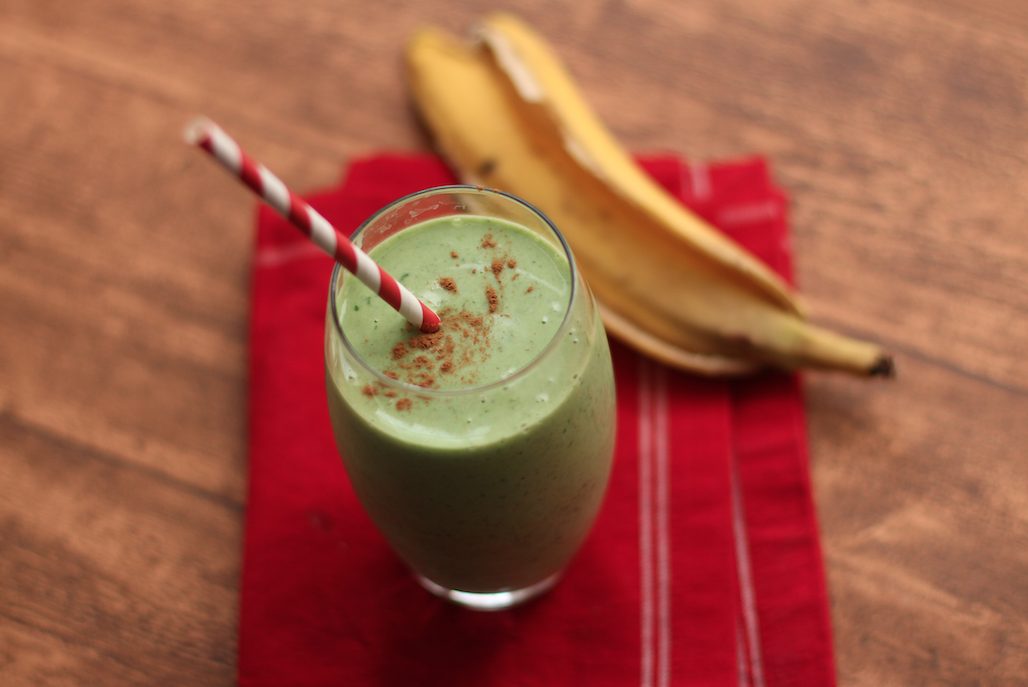 The vast majority of protein powders end  up in a bottle where they’re vigorously shaken with water and gulped down in a matter of seconds. It’s a sight one can encounter in locker rooms and in front of gyms worldwide – the sight of someone, usually in workout gear, shaking a bottle and *glup glup glup* emptying it, ahhhhhhh. Sometimes the powders are mixed in with carbs (i.a. dextrose or powdered oats), with milk, or blended together with fruit. Most of the time they’re guzzled solo though: just protein powder and water, boom – job, done. 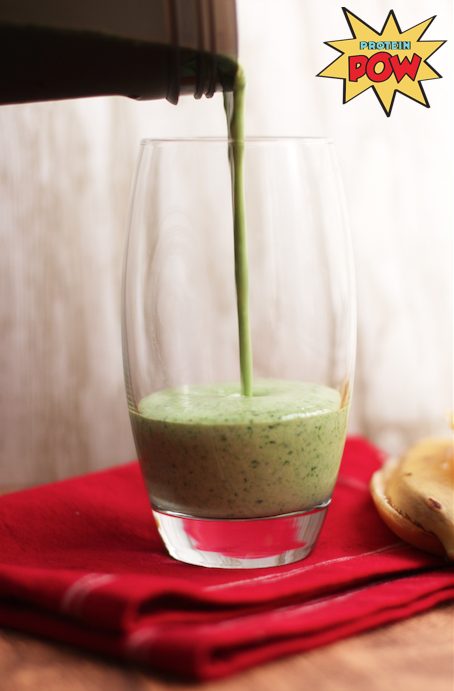 There’s nothing wrong with this approach, it’s how most marketers envision and promote their products anyways: in protein shake form. Some go so far as to call their protein powders ‘protein shakes’ (like this one, for example). And many include protein shake imagery directly on the tub’s label (i.a. look here).  They make the connection between protein powder and protein shake pretty hard to, well…shake!

When I started proteinpow.com, my mission was to promote the use of protein powders in food-form. I wanted to shatter the idea that protein powders are only good for protein shakes by incorporating them into food and using them instead like a cooking ingredient. That’s how I came up with the 1,000+ protein recipes you’ll find on this website.

Now that I’m this far in though, I feel like I’m doing a pretty good job smashing the usually unquestionable conflation of protein powders and protein shakes. I feel like I can now safely upload a protein shake recipe every now and then without contributing to the idea that protein powders are only useful for protein shakes. That’s why I figured that, bow that we’ve managed to properly think outside the shake, why not play inside the shake too every now and then? The borders of the shaker have been shattered after all. And the world of pow is ours for the taking! 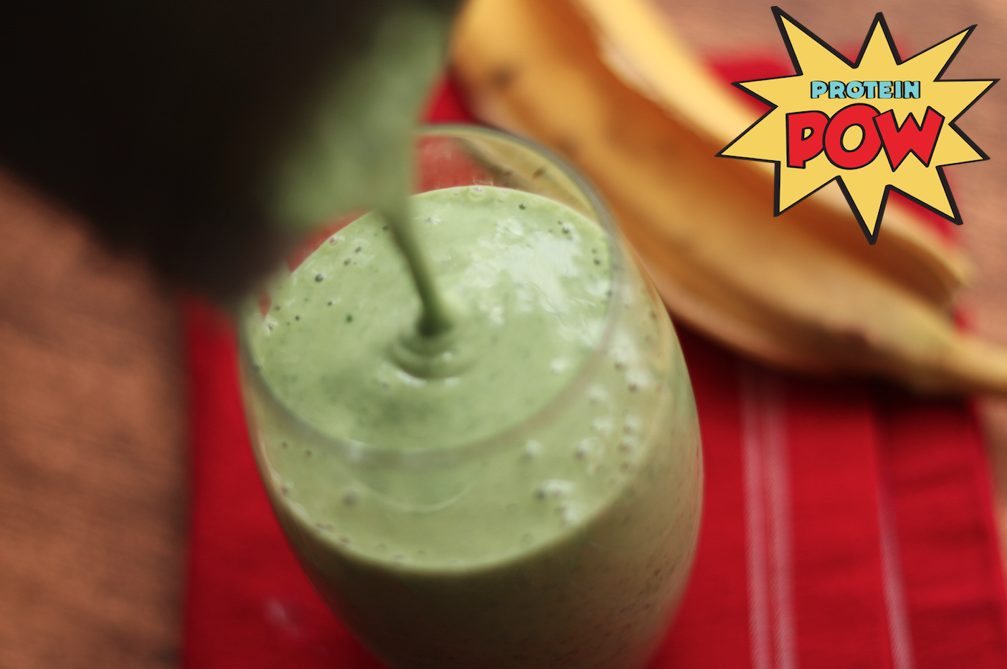 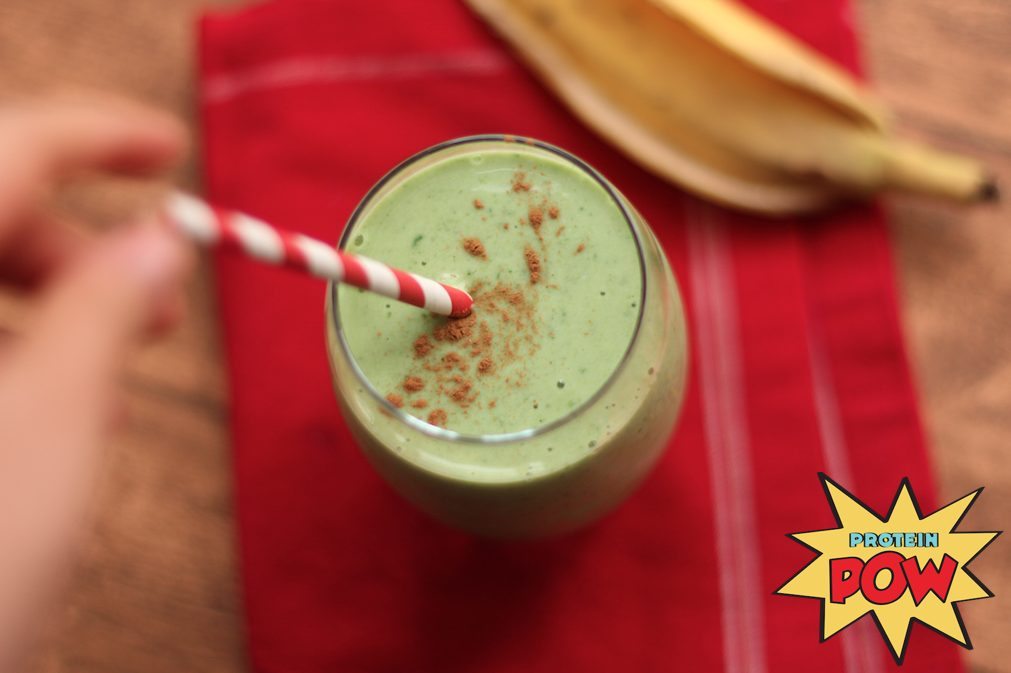 1. Mix everything in a blender and press the ON button.

2. Once it’s all blended, pour it into a glass and boom: enjoy

Something I like to do with this shake too is sometimes add crunchy cereal to it, after blending – just on top, along with some extra cinnamon. I used to add wheat bran sticks to it and afterwards started adding some toasted buckwheat flakes. It’s just for the crunch.

By ‘frozen spinach cubes’ I mean stuff like this. I get spinach like it from the supermarket and it’s awesome! Because it’s just like ice cubes but better because it’s spinach. The shake doesn’t end up tasting of spinach by the way, in case you’re wondering. It’s just really bananay, creamy, and delicious! Give it a shot. 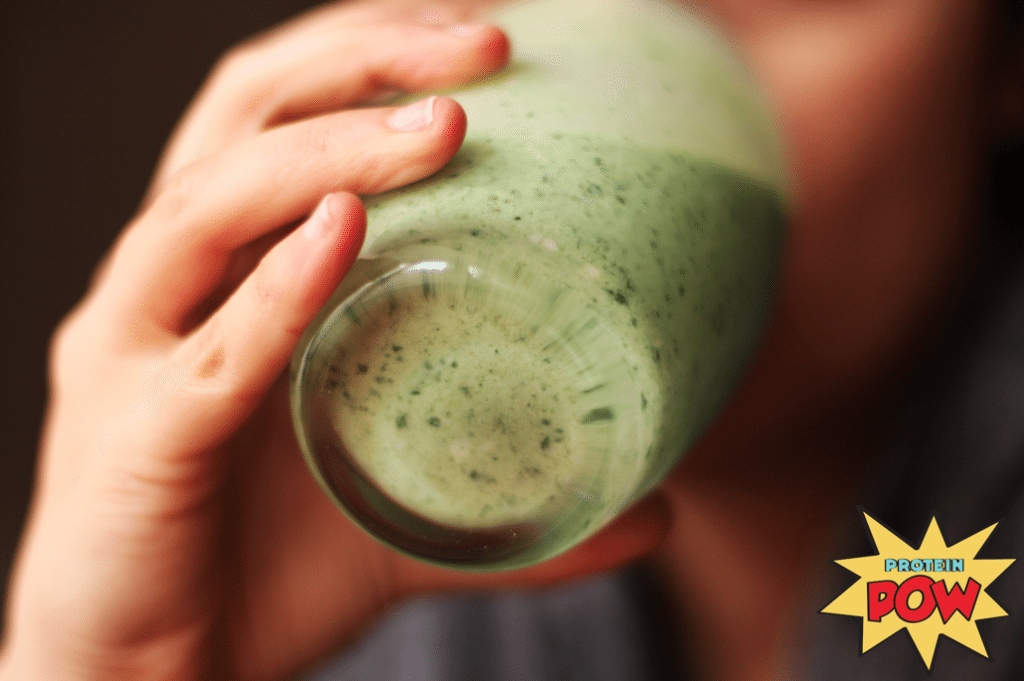