We are still delivering direct to your door.

On the 9th of June 2017 I finished 3 pots of Superfood Bites, wrapped a rope around my waist and stood on the banks of Lake Windermere with a 100lbs tree on my shoulder. Why? Because (after many a mug cake at TPW Towers) we thought swimming a series of long distance open water events throughout the year with a 100lbs tree would be a great way to raise awareness and money for the amazing charities we support (Chester Zoo, British Heart Foundation, Teenage Cancer Trust and the Royal Marines Charity) and this was the first 10km event! Granted, this is an odd way to spend a Friday, but for whatever reason the concept of the “Tree-athlete” worked and members of the TPW Tribe were gathering on social media to see the swimming spectacle unfold. Now it wasn’t pretty and it wasn’t warm, but this is what I learnt over the next 3 hours and 50 minutes dragging a tree around Windermere Lake under the confused gazed of early morning dog walkers, kayakers and families on a boat tour around this historic town. This was the first in a series of long-distance and this is what I learnt.

1. Swimming in the Lake District is cold! Although I had managed to squeeze my oddly shaped body into a custom-made wetsuit, my face, fingers and toes were not a fan of the 15 degree temperatures. But what was interesting is after the 3km mark it didn’t get any colder, it was just unpleasant for another 7km and you begin to make peace with that fact. On the one hand this was good, since the cold and subsequent shivering sends your calorie requirements through the roof which meant no protein brownie was safe after the race. The only bad thing about this was point number (2)

2. At around the 5km mark my lips began to go blue. It honestly looked a lot worse than it was and I was trying my best to convince my (very kind and very supportive) safety kayaker (a man by the name of Rick) that I was fine and it was purely aesthetic. This is hard to do when chewing superfood bites with a mouth that’s frozen numb as my cold-infused mumblings made no sense and he looked at my genuinely concerned, which is why because I couldn’t tell him I didn’t have pneumonia I decided to show him. So did the only thing I thought was logical and in the middle of Windermere Lake began treading water, eating superfood bites, whilst all the time doing the driving sobriety test by shutting my eyes and touching my nose. “See” I manged to mutter. We both burst out laughing and the event continued.

3. I have a confession to make. On the 9th of June 2017 I didn’t actually swim 10km. No, I swam 14.27km. That’s according to my GPS tracking. See I was so bad at swimming in a straight line, “sighting” and navigating that I over swam by 40%. That’s fine for now, but for the 40km island-to-island swim in the Caribbean from Martinique to St Lucia in November, I can’t afford to be doing that. Otherwise I might end up in Barbados.

4. The final thing I learnt I am going to call “Log Optimisation”. This is because in hindsight attaching the rope to the front of your body was a bad idea. It means you can’t use your legs at all (since you kick the rope) and you’re unable to rotate the shoulders during your swimming stroke. In short, “Log Optimisation” protocol is to attach the rope to the back for my next swim in July with the Royal Marines.

In summary, it really wasn’t fast and really wasn’t pretty. But it was successful with a lot learnt. Which is why the TPW Tree-athlete Team now looks ahead to the 16.64km swim in July with the Royal Marines having overcoming many challenges, but facing even more like tidal training and learning the Laws of the Ocean.

Strongman Swimming will be completed in some of the world’s most stunning seas, rivers and lakes. Starting on the historic banks of Windermere Lake and going via Loch Lomond in Scotland and the Royal Marine training camp in Devon, it will all end back at the sport's birthplace in the Caribbean as Ross attempts an island crossing never attempted before. Starting with a 10km swim in Windermere, each swim will get progressively longer before he attempts the 40km island-to-island crossing. 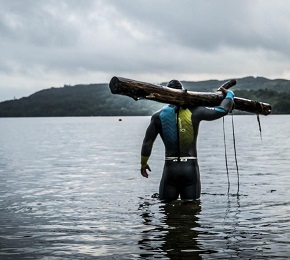 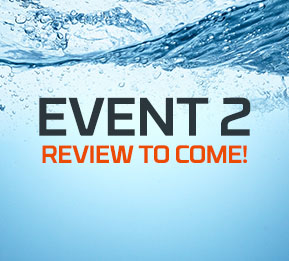 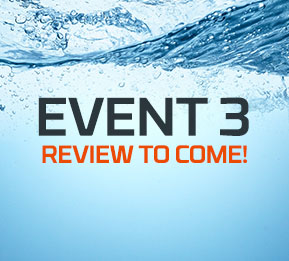 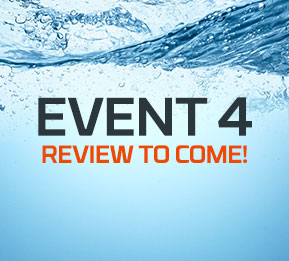 To fuel his 10km Strongman Swim training Ross has been consuming an average 8,000 calories a day (and still losing fat) and holds the record for the most Nut Butter eaten in one single day at TPW™ Towers (it's 2 tubs of Rawtella and 3 Peanut Butter Toffee Crunch for those interested). But below he's listed what else helps him build everlasting strength and stamina whilst building muscle and losing fat at the same time. 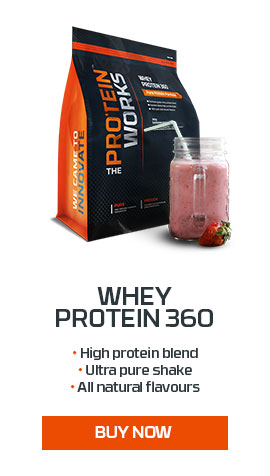 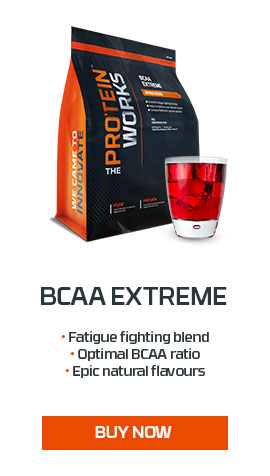 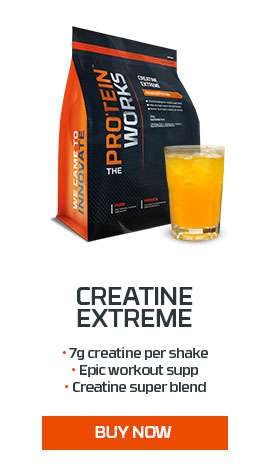 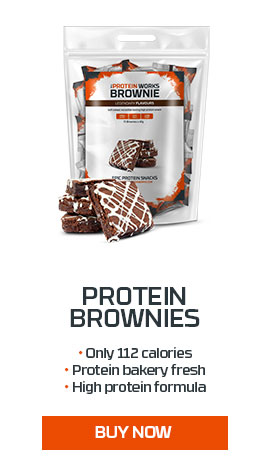 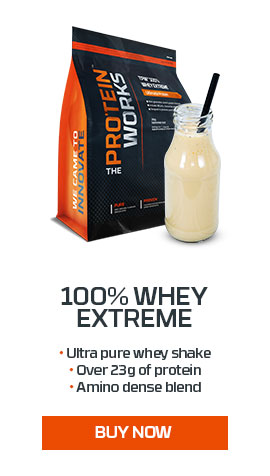