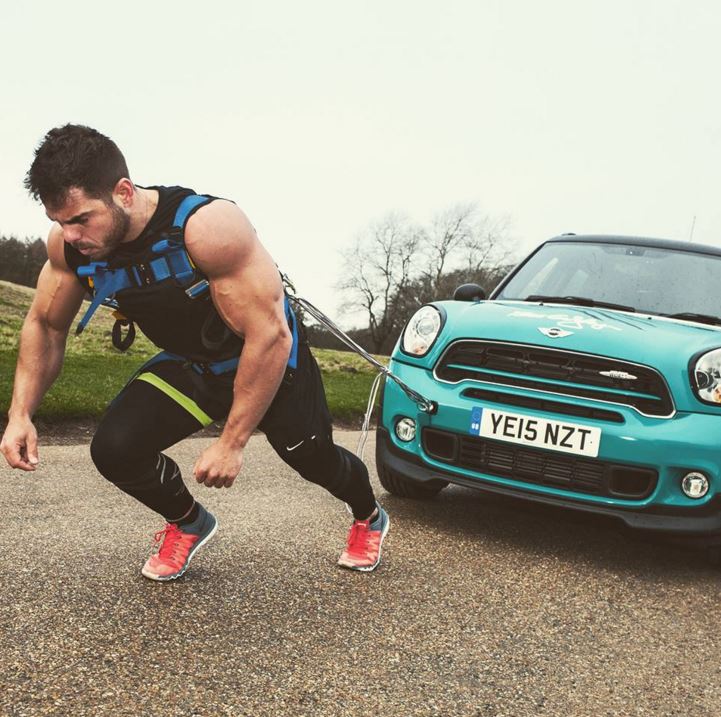 The Legend of the Truffle

At THE PROTEIN WORKS™ we practice what we preach. We’ve a long history of fusing our love of protein with crazy stunts to raise money for charity. But it was a 2016 stunt that inspired the creation of the White Chocolate Gold Protein Truffle. This is because in a sportsman’s bet that went horribly right, our resident athlete adventurer Ross Edgley ran a marathon pulling a 1.4 tonne car across Silverstone’s Race Circuit. The media dubbed it the World’s Strongest Marathon and after 19 hours (and many blisters and rope burns) it raised lots for charity. But what was the celebratory post-race food? Yes, you guessed it. Protein truffles!

The Protein Professor and Head of Development known as Gareth Lane handcrafted the biggest box of protein truffles ever created and as the sunset on Silverstone’s iconic race circuit 100’s were eaten (mainly by Gareth himself). Now fast-forward to the present day and another charity stunt is on the horizon.

An idea spawned from TPW™ Towers with the Social Media Spartan Josh Burke, Ross has been challenged to climb a 20m rope repeatedly for 24 hours until he’s climbed the height of Everest (8,848m). Ross agreed, but only if we made a White Chocolate Gold Protein Truffle for charity. Long story short, the truffle was made. The date was set. And that kids is how the truffle came to be.

Keep up with all the action from TPW™ with our #WORLDSLONGESTROPECLIMB hashtag!